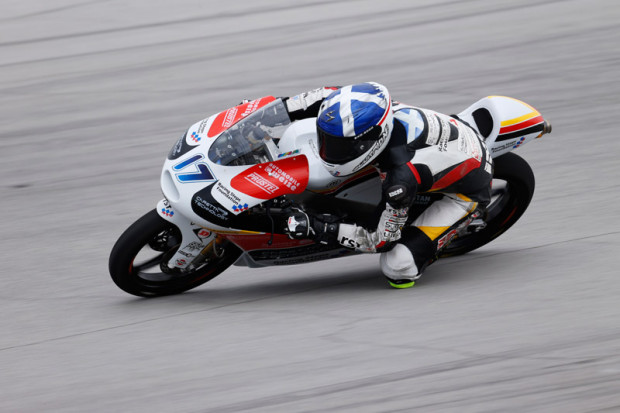 John McPhee was battling health problems during the Indianpolis Grand Prix weekend and was struggling to give his all in the race. He was fighting with Ana Carrasco and the German Rookie riders for 20th place throughout the race and eventually secured the position over the line, a nonetheless impressive step up from his starting position of 30th.

Considering the many DNFs in the race there was certainly more possible today, but like his teammate Jack Miller, who suffered a broken collarbone and will have to check his physical condition before the next Grand Prix, John will also undergo some medical checks in the coming days to hopefully return at Brno with full energy and in top shape.

John McPhee
“Today we made a good step forward with the bike. Unfortunately I have big problems with my health. After the 4th lap I got problems with my head. I got dizzy and felt really shit. The good thing from the weekend is, that we got a lot of practice and improved the bike.”