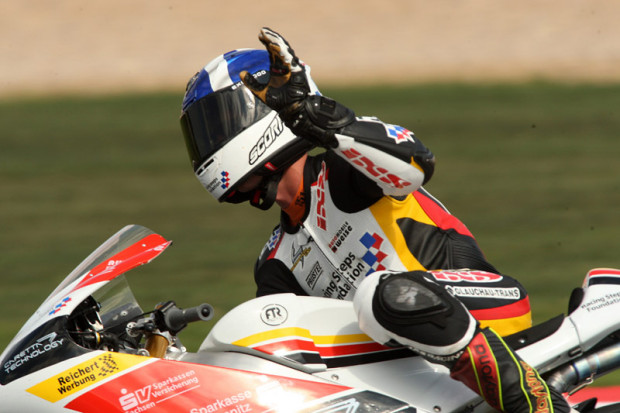 The Silverstone weekend was a pretty positive one in the end for John, despite brake issues in practice sessions, he pulled together a great race – starting from 19th on the grid and finishing in the points in 14th place. he kept a cool head – enjoying the special feel of the “home” race but not letting the extra attention throw him – simply enjoying all the support of the home fans, and determining to enjoy it.

Once again it was the familiar picture of KTM riders Salom, Rins, Marquez and Vinales dominating the proceedings at today’s British Grand Prix at Silverstone. The four riders were fighting tooth and nail until the finish line, leaving the rest of the field far behind.

John lost a few places at the start of the race, but recovered with a steady comeback which at the end even resulted in two points as a few riders in front of him crashed out and John crossed the finish line in 14th position.

John McPhee:
“The race was another good step forward. The problem I had all weekend with the brake was now much better. I felt very confident. The grip was not so bad. We take this weekend again as a learning weekend and I am looking forward to Misano.”