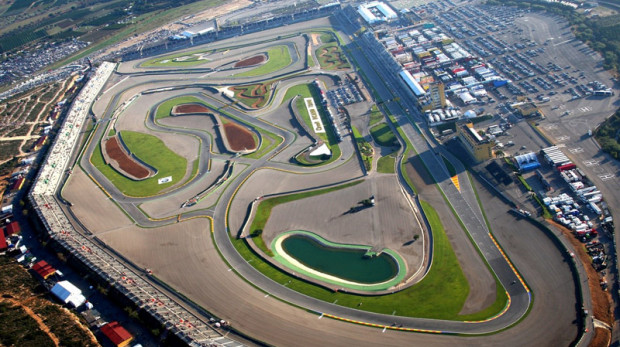 In Valencia this weekend at the Gran Premio Generali de la Comunitat Valenciana, MotoGP™ fans the world over will enjoy a final-race title decider for the first time in seven years, as Repsol Honda Team’s Marc Marquez looks to hold off the charge from Yamaha Factory Racing’s reigning World Champion Jorge Lorenzo.

The last time such a showdown occurred was in 2006 when Honda’s Nicky Hayden claimed the ultimate honour as Yamaha’s Valentino Rossi made a rare mistake. Seven years on, more drama is certain as Marc Marquez and Jorge Lorenzo go head-to-head at the climax of what has been a riveting season. Marquez heads to Valencia with a championship-leading advantage of 13 points, meaning a single fourth place would guarantee the title no matter what Lorenzo is capable of.

Looking at the rookie’s track record this looks to be a certain, however if Valencia’s rain-hit race of last year is anything to go by, anything can happen. It was Repsol’s Dani Pedrosa who won the race last year, and will this year be out to prove a point, as he saw his title chances go after his third place in Motegi. Yamaha’s Valentino Rossi could prove to be a big factor in the outcome of the race, as he looks to hold off Marquez’s charge and help out his teammate Lorenzo.

Another player could be Monster Yamaha Tech3’s Cal Crutchlow, who has not only cemented fifth place in the championship, but also contests his last race on board a Yamaha before his switch to Ducati. GO&FUN Honda Gresini’s Alvaro Bautista has been continually improving throughout the season and will hope to impress his home fans, whilst LCR Honda MotoGP’s Stefan Bradl should be much closer to full fitness after fracturing his right ankle in Malaysia.

Nicky Hayden will aim to have a good weekend on his last for the Ducati Team and get one over on his teammate Andrea Dovizioso, whilst the Ignite Pramac and Energy T.I. Pramac machines of Yonny Hernandez and Andrea Dovizioso will hope to hold off Power Electronics Aspar’s Aleix Espargaro. Espargaro has already collected top CRT honours, but will aim to celebrate that with another spot in Parc Ferme in front of local support. The grid will be two riders stronger, as Michele Pirro lines up for the Ducati Test team, and Austrian Martin Bauer makes another appearance with his S&B Suter with the Remus Racing Team.

Heading to Valencia for the last round of 2013, Moto2™ is the only category in which the title has already been decided, in favour of Pol Espargaro. However, plenty of rivals will be looking for a confidence-boosting victory at the end of another tiring campaign.

With just the sole round still to run, Espargaro (Tuenti HP 40) heads the luckless Scott Redding (Marc VDS Racing Team) by the unassailable margin of 41 points, with a maximum of 25 still on offer. Compounding a dreadful end to the triple-header, Redding was taken out of the Japanese Grand Prix in a crash triggered by third title contender and Espargaro’s teammate, Tito Rabat. Both men will now be looking to put one over the Champion in Valencia, with Espargaro and Redding then heading to MotoGP™ for 2014, while Rabat remains in Moto2™ with Marc VDS.

There will be plenty more to fight for at the Ricardo Tormo circuit, as well. Fourth, eighth and tenth in the championship, Mika Kallio (Marc VDS), and Aspar Team Moto2 pairing Nico Terol and Jordi Torres will all be searching for one more win before the end of the season, whereas no less than four of the riders in the overall top ten are still on the lookout for a victory before moving into the off-season.

Regular wildcard Gino Rea will be taking part once more with his Gino Rea Montaze Broz Racing team, as will other familiar, Malaysian Hafiz Syahrin, with the Petronas Raceline Malaysia outfit.

Any one of three riders could leave Valencia this weekend with a maiden Moto3™ world title. At present, a blanket could be thrown over the trio, with Luis Salom, Maverick Viñales and Alex Rins covered by just five points.

In 2012, Germany’s Sandro Cortese clinched the first ever Moto3™ title with a pair of races to spare. A year later, a campaign of mixed results has left Red Bull KTM Ajo’s Luis Salom, Team Calvo’s Maverick Viñales and Estrella Galicia 0,0’s Alex Rins with almost equal opportunities heading into Valencia. Salom leads Viñales by just two points, with Rins only a further three in arrears. It was those three, in that very order, who won the opening three races of the year and, until Rins’ teammate Alex Marquez triumphed for the first time in Japan, no other rider had clinched a lightweight class victory in 2013.

At the same time, Marquez will be keen to complete the year with back-to-back wins, while Jonas Folger (Mapfre Aspar Team Moto3) and Miguel Oliveira (Mahindra Racing) would certainly be deserving of a victory should they achieve the feat. There will be two wildcards in the line-up with Jorge Navarro racing for MIR Racing, and Venezuelan Michael Ruben Rinaldi taking part on a third Mahindra. As for the Constructors’ fight, KTM has hit its fourth century of points and was the first title winner in any class this year, sealing that particular honour back at Silverstone.