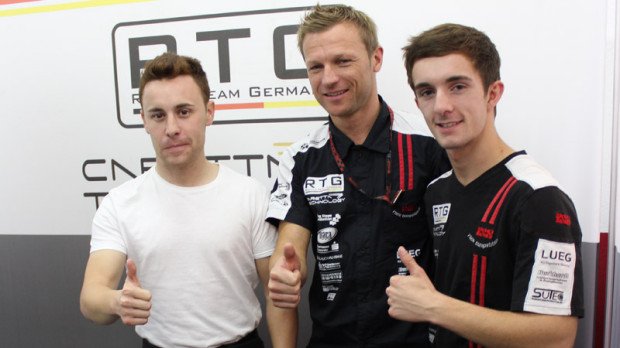 Racing Steps Foundation-backed rider John McPhee will be back on the Moto3 World Championship grid with Caretta Technology-RTG and Honda power again in 2014.

John – who delivered his first world championship top 10 finish at the Japanese Grand Prix a fortnight ago – has signed up for a second year with the German squad.

The 19 year-old Scot will join 27 year-old world championship veteran Efren Vazquez in the 2014 RTG line up.

“RTG is the right place for me to be,” said John. “While I’ve had a number of incidents and problems to contend with on-track this season, there’s no doubt in my mind they are one of the strongest squads on the grid.
“Obviously, like a lot of the other Honda teams, we’ve struggled to keep up with the more powerful KTMs this year. But hopefully we’ll have a package that will enable us to neutralise that advantage in 2014.
“Rest assured, as the only Brit out there right now, thanks to the backing I get from the RSF, I’ll certainly be doing my best to produce the kind of results the country, the Foundation, RTG and Honda want to see.”

Vazquez – who has seven years Grand Prix experience under his belt in the 250, 125 and Moto3 classes – currently lies ninth in the standings ahead of the season finale in Valencia tomorrow (Sunday). McPhee, in his first full year in the series, is 19th.

Welcoming the re-signing of McPhee, RTG team boss Dirk Heidolf said: “John has done well in his first year with the team putting in some really strong race performances over the course of the season, including a strong seventh place at Motegi.
“The fact that he is to ride with us again shows the strength of the relationship that we have developed this year and a clear understanding by John and the RSF of the extent of our ambition.”