John brings home points in opening round at Qatar 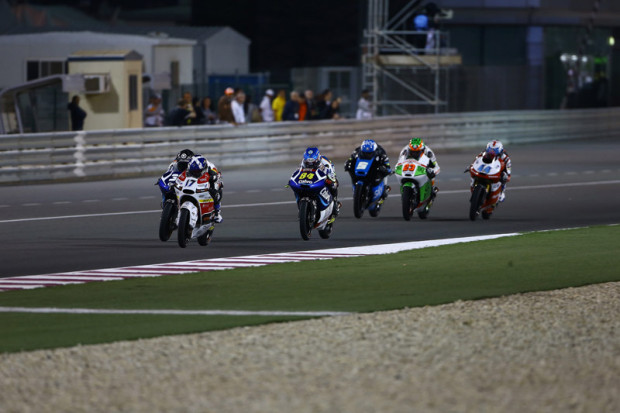 John McPhee made a great start to the season under the floodlights at Qatar, getting points under his belt in the opening round.

John was able to defend his seventh place at the start but had to let his teammate past. The two RTG riders finished lap one in seventh and ninth position respectively.

While Miller and Marquez broke away at the front, John was in a chasing group back in seventh spot.

John’s hard battling and persistence throughout the race was not rewarded and he very narrowly missed out on a top ten position, finishing eleventh.

John McPhee
The race was good. At the beginning I felt quite comfortable. Then I got caught up in a little bit of a battle and lost my rhythm. There was a lot of back and forth and swapping positions. I think this wore the tyres out too much. Overall it’s nice to get some points and hopefully we can achieve a better result next time.