John aiming to continue building on 2014 progress at Rio Hondo 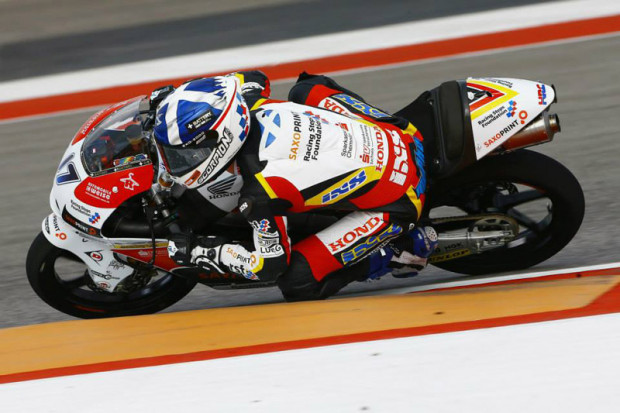 Team SAXOPRINT RTG travelled halfway round the world over the last two days to get to the next stop of the 2014 MotoGP race calendar.

Their destination was Argentina, the Termas de Rio Hondo circuit to be precise.
The circuit was first opened in 2008 and since its revamp in 2013 it is also being used for international championships. The fourteen corners are split in five left and nine right.

Both SAXOPRINT RTG protégés John McPhee and his teammate Efren Vazquez are looking forward to this new track and are highly motivated. The entire team is hopeful that they can continue the success of the previous two races.

John McPhee
“I’m looking forward to Argentina a lot because the conditions will be the same for everybody as it’s a new circuit. My aim will be to learn the track as quickly as possible, then try and keep progressing like in the first two races.”