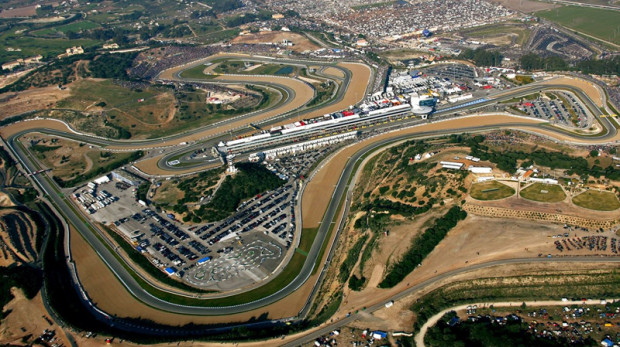 As MotoGP™ World Champion Marc Marquez makes the journey from Argentina to the south of Spain he has one mission on his mind – to extend his winning streak at the start of a highly successful title defence.

The 21 year-old Repsol Honda rider dominated the visit to Termas de Rio Hondo from start to finish, taking his third successive victory and maintaining a 100% record in 2014 ahead of the trip to Jerez. The Gran Premio bwin de España is the first round of the season in Europe and the first of a series of six GPs on the ‘old continent’.

Jerez is a favourite track of Dani Pedrosa who won the race there last year from second on the gird and has been a regular podium finisher at the venue. He aims to hunt down the rampant Marquez and close the 19 point gap at the top of the standings – having been on the rostrum at every round so far this term.

For Movistar Yamaha MotoGP’s Jorge Lorenzo Argentina brought a return to form, with a solid run to third place and the 2010 & 2012 MotoGP™ World Champion will also be striving for victory at round four. Lorenzo of course has a corner named after him at Jerez and is assured of plenty of support from the home crowd.

His teammate Valentino Rossi is third in the standings after finishing fourth in Argentina. Rossi was also fourth at Jerez last year but he has a superb pedigree at the track in Andalusia and will push to return to the podium there for the first time since 2010.

Rossi’s compatriot Andrea Dovizioso arrives at Jerez looking to build on his first Ducati podium from Austin, having slipped to ninth in the race in Argentina. Dovizioso will be rejoined in the Ducati Team box by Cal Crutchlow in Spain, the Englishman having missed round three due to a finger injury sustained in Texas.

The top Ducati finisher in South America was Pramac Racing’s Andrea Iannone in sixth – his best premier class result to date. The young Italian stands fifth in the overall rankings following a strong start to the year.

Stefan Bradl (LCR Honda) has bounced back from a Qatar DNF with two top five results, whilst Monster Yamaha Tech 3 pair Bradley Smith and Pol Espargaro will be looking to edge their way up the top ten on the return to European racing.

The pressure is on for Alvaro Baustista (GO&FUN Honda Gresini) following three successive DNFs, whereas his rookie teammate Scott Redding has been in the points twice already on the ‘Open’ Honda RCV1000R.

Aleix Espargaro (NGM Forward Racing) is still the highest ranked ‘Open’ rider overall, in spite of a crash in Argentina, whilst Hiroshi Aoyama (Drive M7 Aspar) was the top Open finisher in Sunday’s race, just ahead of Nicky Hayden.

As the World Championship hits Europe for the first time in 2014 the riders in the Moto2™ class are looking forward to the atmosphere of the Gran Premio bwin de España, with a home favourite having emerged as a strong title contender over the first three rounds.

Tito Rabat (Marc VDS Racing Team) has started the year with a bang, taking victories in Qatar and Argentina, achieving a haul of 70 points from the maximum possible 75, to leave his opponents trailing in his wake. Rabat’s goal in Jerez will be another win from pole position, though his rivals will be doing everything they can to stop him.

Closest to 2013 Jerez race winner Rabat in the early 2014 championship standings is his teammate Mika Kallio, who became the first Finnish rider to reach the milestone of 200 Grand Prix starts in Argentina. Kallio is 28 points adrift of Rabat and aims for his first victory since Brno last year to try and reduce the deficit.

Third in the standings is rookie Maverick Viñales (Pons HP 40) who crashed out in Argentina and was therefore unable to build on his marvellous Austin victory.

The Moto3™ World Champion had been outshining his teammate, compatriot and fellow debutant Luis Salom (Pons HP 40) before the trip to Termas de Rio Hondo, but Salom’s excellent ride to third at the new South American venue will fill him with confidence.

Simone Corsi (NGM Forward Racing) hustled his way to a third successive fifth place at round three and strives to convert that consistency into a podium result in Jerez. Another consistent rider, Dominique Aegerter (Technomag carXpert), sits just behind Corsi in the standings so far, but he wants to step onto the rostrum more often having finished third in Austin just over two weeks ago.

Josh Herrin (AirAsia Caterham Moto Racing) is set to miss out again due to a collarbone injury and he is replaced Ratthapark Wilairot for round four.

Australian youngster Jack Miller leads the way by 17 points in the overall standings as the Moto3™ riders arrive in Andalusia for the Gran Premio bwin de España.

The Red Bull KTM Ajo rider was in the hunt for a third consecutive 2014 victory in Argentina, but a strong move from Romano Fenati (SKY Racing Team VR46) at the last corner gave the Italian victory and gave Miller plenty to think about.

Fenati was given a penalty point for the pass at Termas de Rio Honda but ultimately the victory allowed him to keep Miller in his sights from second position in the championship.

Behind Miller and his fellow KTM-equipped rival in the rankings is Efren Vazquez (SAXOPRINT RTG) who has shown his pace in the early rounds on the evolving Honda Moto3 package. Vazquez is sure to be fired up for the Jerez round, in front of the passionate Spanish crowd.

Alex Marquez and Alex Rins (both Estrella Galicia 0,0) will also get good support this weekend at the first European GP of the year, though Rins will be desperate to outperform his teammate.

Marquez has been able to get more out of the team’s new Honda bikes so far and like Miller he will be determined to beat Fenati, the Italian having also made contact with the younger Marquez brother on that crucial final corner in Argentina.

Also keep an eye out for the likes of the ultra-experienced Alexis Masbou (Ongetta-Rivacold) and young Czech rider Jakub Kornfeil (Calvo Team), the latter having demonstrated glimpses of his pace again this season.

Danny Kent (Red Bull Husqvarna Ajo) is eighth overall thus far on his return to Moto3 and would love to return to the podium for the first time since 2012. Livio Loi (Marc VDS Racing Team) rode brilliantly to fourth on his 17th birthday in Argentina and will hope for another strong result at round four, whilst Spaniard Isaac Viñales (Calvo Team) looks to move up from tenth in the overall standings in front of the home fans.