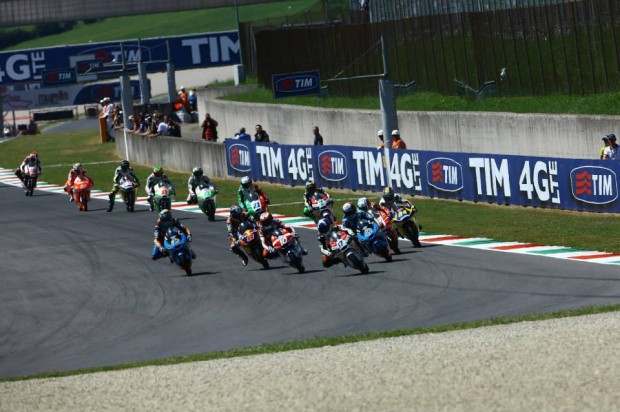 Today’s Italian GP at Mugello proved a brief but exhilarating one for John McPhee’s fans as he slid off track on lap 6 after jumping up into the lead and battling between 1st and 4th for a handful of breathless laps.

Having started from 11th on the grid John immediately put himself into 7th on the back of the leading group, and subsequently took and amazing move along the inside of the main straight to put himself in first place by Turn 1.

Whilst it was disappointing for the young Scot to have his hopes dashed so early on, he can certainly take comfort from such an intense and impressive piece of racing nonetheless. A short and bittersweet race, but hopefully a sign of more stellar racing to come.

John McPhee
“It is a shame that I made such a mistake. Sure I gained self-confidence today, but it annoys me anyway. It could be a good result. Now I have to look forward. Barcelona I like.”