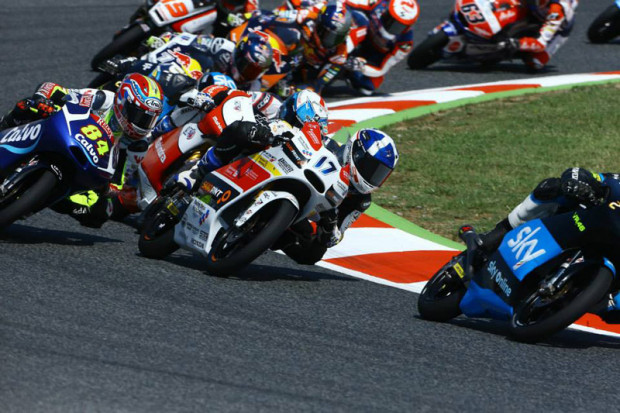 He ran with lead group for first 10 laps or so, however the tussle with Bagnaia enabled the intial lead group to break free, after which tyre degradation took its toll on John’s pace.

By mid-distance he was resigned to top 10 finish and points – rather than risk an attempt to close back in on the lead group and lose the rear end.

Nonetheless John knew he had the beating of Bagnaia for 9th and the extra point.

With today’s result John moves up to 13th in standings on 30pts.

John McPhee
“I am a little bit disappointed with the race because I couldn´t stay with the front group. But I think we have the speed. The feeling from the bike was good and my feeling was also good. Unfortunately my race rhythm was interrupted by other riders. I got involved in some scraps and lost too much time on the front riders. But for me it was important to get some points for the championship.”