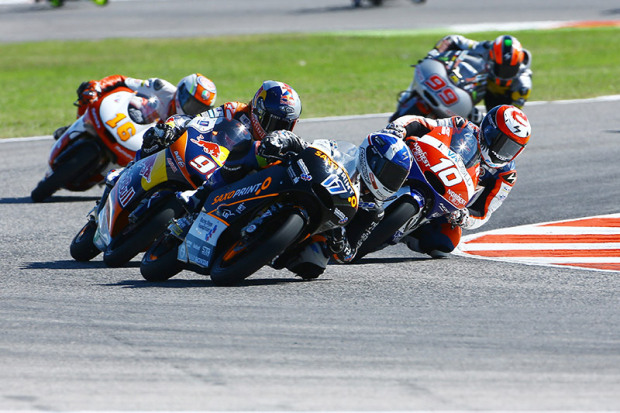 The fact that it wasn’t going to be an easy race, already became apparent to John McPhee during the Free Practice sessions. The warm up this morning showed that he coped better with his bike than on previous days, thus making expectations rise.

At the beginning, everything did indeed look promising. The SAXOPRINT RTG rider had a good start and could keep up with the pace of the leading group for the first couple of laps.

During the race but both John and fellow teammate Efren Vazquez fell back gradually, ultimately resulting in 13th position for John.

The ranking in the championship standings remains unchanged. Now both riders have to make the remaining few races count to try and climb up a few positions.