Interview: John McPhee looks ahead to 2015 and another season with RTG 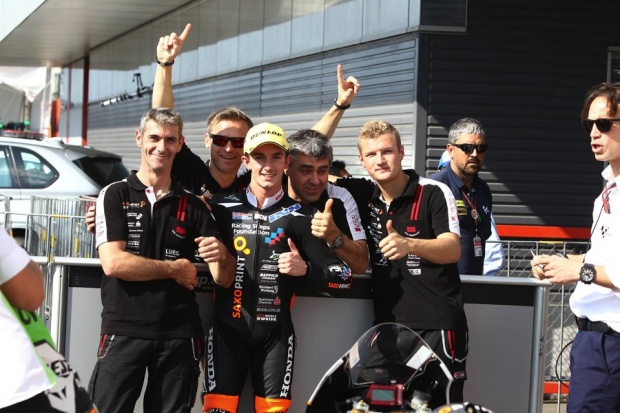 With John McPhee confirmed for another season at SaxoPrint RTG, the young Scot can look forward to continuing to develop relationships with his crew and team in the tight-knit German squad.

His continuing improvements in form, both across the weekend and also in the race – especially when he can take advantage of a good qualifying to show his racecraft in amongst the frontrunners – is showing more and more, so the stability of another period with the team should spur him on to even better results and podium finishes.

Here, in an exclusive interview, John talks about re-signing with the team, his ongoing progress, working with RTG, and his goals and hopes for 2015…

So you have a ride for 2015 confirmed now, that must be good to know?

“Yes it’s great to get things sorted, thanks to Racing Steps Foundation again for all their support I have next season sorted and another great opportunity to move on up. Now I can put all this to the back of mind and fully concentrate on the racing. No matter what anyone says, the process is all a distraction for a rider and while you try to ignore that part of the job, it is your future so it’s impossible to forget about it”.

And another year with RTG, so I guess you must like the team? 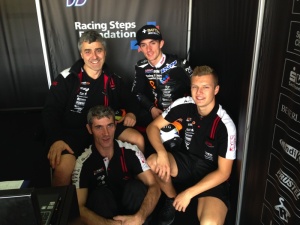 “Yes for sure. First I wanted to stay with Honda as I like the bike and HRC have been very supportive. RTG are with Honda again next year so that was the first tick in the box.
I have a great working relationship with my crew chief Tony, Anton Gruschka, he has helped me develop a lot this year so I wanted to stay with him if I could. We work together well and the communication just works, he understands me now and what I need to feel comfortable, so I didn’t want to change that either.
And my mechanics Frank, Anthony, team boss Dirk and all the rest of the team are a good bunch. We spend nearly half the year living together doing the tests and races so it’s important we can all get on. At times it gets quite stressed chasing results and improving performance. It can be a bit intense! So you need to have a laugh together too sometimes or you’d just go nuts!”

So is it basically more of the same next year?

“Yes it will be – in more ways than one!
The competition isn’t going to be any easier that’s for sure. While some of the top riders are moving on, there are some new, really talented guys coming through to join us. We’ve already seen some come in for these last races of the year, as some teams have replaced riders that perhaps weren’t delivering what they wanted. Then look at the Spanish CEV Championship and the level of riders there waiting to step up is really high; So by not changing what I’m doing this year too much, and staying with RTG, it should keep me in the right direction from day one I hope.
The regulations change for the bikes, so that will throw things up in the air a bit too. I’m sure Honda will deliver though, so we should have that covered.
Then it’s down to me! I’ve moved up to run pretty consistently in the top half and had five top ten finishes. My target now is a podium place, which I’m fighting to get before the end of this year. Then next year, I’ll be aiming for regular podium places.
So yes, more of the same hard fight to get to the top!”

This is your second full year in the MotoGP paddock, are you pleased with the way it’s all going and are you enjoying it? 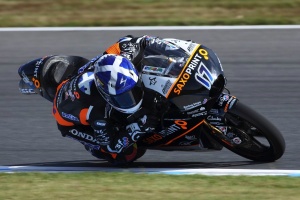 “Ha, time flies doesn’t it! Last year I felt a bit like the new kid on the block, when you arrive you’re suddenly right in it fighting with all your heroes, who you’ve been following for last couple of years; Then you have to get out there and try and beat them. It takes a little while to get your head round that! This year I feel like I really belong here and I think I give as good as I get now. I know loads more people now too so that helps.
You always want to get better results of course, but at the same time you have to be realistic. This is The World Championship, so to finish in the top ten means in theory that you’re one of the ten fastest riders in the world! So I think I’m moving forward some.
I think most people would agree that Moto3 is the closest most exciting class right now. I mean this weekend I qualified eighth and was less than half a second off pole. And the guy in 17th was under a second off pole! We’re talking hundredths and sometimes thousandths of a second. For sure I want to be number one; I’m not far off and I just need to get that extra little bit out of myself and the bike to get me up there.
Am I enjoying it? – you bet!
I feel incredibly honoured to have had the support of Racing Steps Foundation and the help of some really good people to get me this far. It’s a dream. I’ve got some great fans out there that really support me too, so thanks to all of them. I want to prove I’m worth all this support by continuing to deliver better and better results. I think what we’ve got lined up for next year should help me do that.”