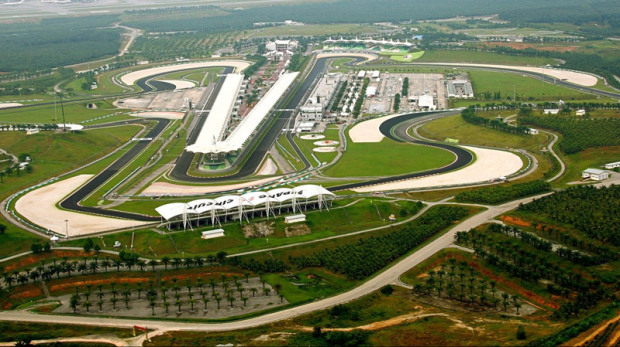 After 2014 MotoGP™ World Champion Marc Marquez’s crash in Australia gave Valentino Rossi the opportunity to notch his second victory of the year, the Repsol Honda rider will be striving for nothing less than a win at Sepang.

It is Marquez’s hunger for victory which drove him to this year’s title in fine style with 10 wins from the opening 10 rounds, though since then he has added just the one further triumph at Silverstone and has now gone four races without a win. Marquez still has the chance to match – and eclipse – Mick Doohan’s record from 1997 for most premier class GP wins in a single season of 12 victories.

Last year at Sepang Marquez was second in the race behind his Honda colleague Dani Pedrosa and he will aim to go one better this time.

Another rider who knows all about winning is Movistar Yamaha MotoGP’s remarkable nine time World Champion Rossi who delighted his fans at Phillip Island with his 82nd premier class victory in his 250th race in the top category of Grand Prix competition.

It was also Rossi’s 108th win across all classes and the 25 points from Australia helped him to move clear in second place in the World Championship. Rossi leads Lorenzo by eight points with two rounds remaining.

Lorenzo described his result in Australia as the ‘luckiest second place of (his) career’ as his pace dropped in the second half of the race, but his rostrum appearance was the eighth consecutive podium of an excellent recent run.

Last year’s Sepang race winner Pedrosa was unlucky on Sunday at Phillip Island as his efforts came to en early end after he was hit by Andrea Iannone and was forced to retire. That DNF result saw Pedrosa slip to fourth in the standings, 25-points adrift of second placed Rossi.

Fifth overall ahead of the Shell Advance Malaysian Motorcycle Grand Prix is the ever-consistent Andrea Dovizioso who stayed upright in Australia to take fourth, with nine riders in total unable to finish the race – including his Ducati Team colleague Cal Crutchlow who went down on the last lap with second place looking almost guaranteed.

Monster Yamaha Tech 3’s Bradley Smith got his first MotoGP™ podium at round 16 and has forced his way back into the battle for sixth in the standings. That third place Phillip Island result took Smith up to eighth overall above Pramac Racing’s Iannone and LCR Honda MotoGP’s Stefan Bradl – both of whom aim to bounce back in Malaysia after their respective mistakes on Sunday.

The first premier class practice session at Sepang will start at 9.55am local time (GMT +8) on Friday morning.

Tito Rabat moved closer to securing the 2014 Moto2™ World Championship crown on Sunday in Australia, but he will have to try again this weekend at Sepang after his teammate Mika Kallio refused to yield at Phillip Island.

Kallio and Rabat had both led the Australian race but neither could hold on for victory. With Rabat crossing the line in third place and his Finnish colleague in fourth – less than 0.4s behind the Spaniard – the title fight continues.

In truth Rabat remains the clear favourite with a 41 point advantage at the head of the standings going into the final two rounds at Sepang and Malaysia.

What is certain is that one of the Marc VDS Racing Team pair will be this year’s intermediate class World Champion, with third placed Maverick Viñales now too far adrift. The Belgian squad certainly deserve the accolades with their two riders having amassed 10 victories, 20 podiums and 12 pole positions between them this year.

Meanwhile, this weekend’s Shell Advance Malaysian Motorcycle Grand Prix will see the remarkable Moto2™ Rookie of the Year Viñales (Paginas Amarillas HP 40) go in search of a fourth victory in 2014 and a third win in four races. Viñales’s recent successes at Aragon and Phillip Island have further underlined his talent before he moves up to MotoGP™ with Suzuki next season.

Now fourth in the standings Thomas Luthi (Interwetten Sitag) has also been in good form of late, following up his Motegi win with second place in Australia. Luthi was also on the podium in third last year at Sepang, behind race winner Rabat.

Luthi’s recent surge up the standings has seen him demote compatriot Dominique Aegerter (Technomag carXpert) to fifth, though with just ten points between the Swiss duo and 50 left to fight for their duel for positions is another one to watch.

Moto2™ FP1 at the Shell Advance Malaysian Motorcycle Grand Prix gets started at 10.55am local time (GMT +8) on Friday morning.

Following a breathtaking race in Australia on Sunday Moto3™ World Championship leader Alex Marquez will again do battle with his closest rival in the standings, Jack Miller, this weekend at Sepang.

The third race in an intense three week ‘flyaway’ triple header after Japan and Australia, the 2014 Shell Advance Malaysian Motorcycle Grand Prix gives Marquez another opportunity to edge closer to the title before he moves up to Moto2™ next season.

Estrella Galicia 0,0 rider Marquez holds a 20-point advantage at the head of the standings with two races remaining and he is in fine form, having taken five podiums from the last five races.

However, with his determined performance and spectacular home win at Phillip Island Miller has revived the title fight. The Australian Red Bull KTM Ajo rider’s triumph over Marquez by just 0.029s on home territory was his first victory in seven races and it sets up an exciting season finale.

In third place in the standings and in third position in the Phillip Island race by just 0.032s from Miller – Alex Rins is still mathematically in with a title shout. He now trails his teammate Marquez by 41 points with 50 still up for grabs at the final two rounds at Sepang and Valencia.

Last year in Malaysia Rins was on the podium in second place behind winner Luis Salom, with Marquez fourth in the race and Miller sixth. All three will be aiming for nothing less than maximum points this time around, with Marquez unlikely to cruise just for a podium result despite his cushion at the top.

Fourth in the 2014 Moto3™ standings going into the penultimate round is SaxoPrint-RTG rider Efren Vazquez who was also a protagonist on Sunday in Australia. He crossed the line 0.044s behind Miller and is now mathematically out of the title hunt, though he could still affect the destiny of the World Championship crown in the last two races.

Likewise for the rider in fifth place in the standings – Romano Fenati (SKY Racing Team VR46) – who crashed out late on at Phillip Island when also chasing the victory.