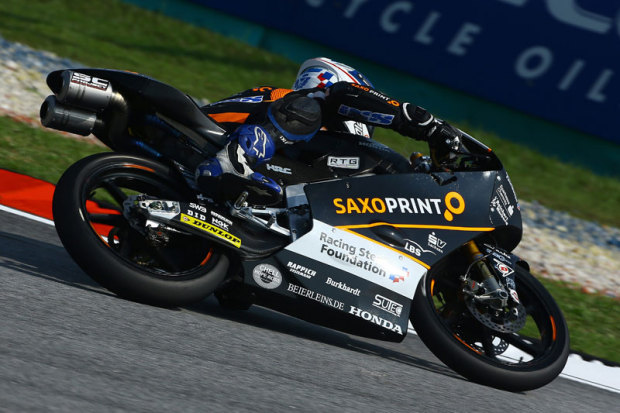 Already in FP3 he set a new lap record for the circuit in Sepang. Moreover, he was the fastest rider in this session. With Efren in fifth place, the team could be satisfied.

In qualifying, it seemed like John would be able to hold on to the pole position until the end. The Australian Jack Miller however, still could surpass John in the penultimate round, while also snatching the lap record away again.

Nevertheless, a fantastic performance by John McPhee and another front row start for him tomorrow.

Hopefully Sepang will bring as much luck to both John and teammate Efren as the Phillip Island circuit did last week.

John McPhee
I am really happy with the result. Already in FP3 we finished with a good laptime. So I was very confident in qualifying. With position two I am really happy. I wanted to get onto the first two rows. Now I have to focus for tomorrow to have a good race.