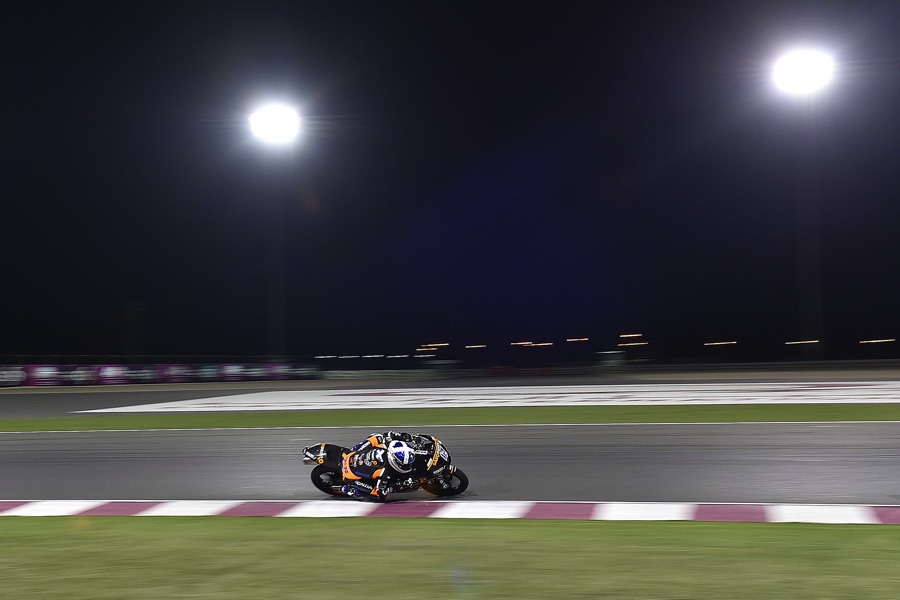 For SAXOPRINT RTG rider John McPhee the Qatar race weekend began with some teething problems. In the first free practice he managed 16th position. In the FP2 John had difficulties and was difficult to drive. With 22nd after the second practice session, he is currently far below his own expectations.

Even with the very limited running on the new chassis in the second Jerez test, John had been feeling optimistic – but the setup frustrations of yesterday evening’s FP1 and FP2 – much of which he spent in the pits – will be something he’ll be looking to overcome in today’s FP3.

John McPhee:
“It was a really bad day. There nothing more that I could Thurs. I did not get the same feeling as in the winter test and so it was very difficult to do a good lap time. Tomorrow we need to improve something.”