Frustrations for John McPhee in first sessions in Texas 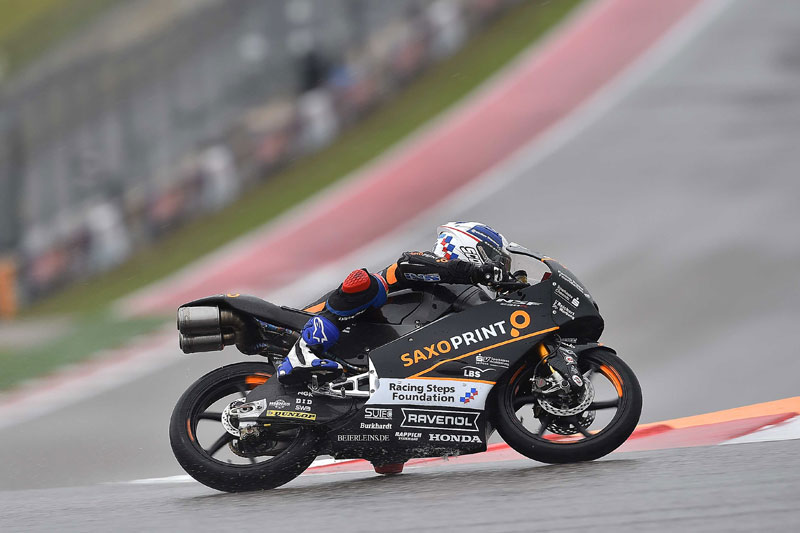 Friday saw the the Moto3 bikes back out on track for free practice session for the second time this season, this time at the Circuit of the Americas in Austin, Texas.

Despite a delayed start of practice and heavy rain, SAXOPRINT RTG rider John McPhee went out and started putting in the laps.

However, he had only a modest start in the first practice session of the day – with 11th position not really reflecting true potential.

In the second session, which was run in the dry, John was again finding trouble in getting a good feeling with the bike and frustratingly unable to get the best out of it in terms of lap times.

John eventually had to be satisfied with the 16th position and is looking for improvements throughout Saturday.

Overall, the second practice session was mainly marked by many crashes, thankfully something avoided by John.

John McPhee (driver):
“After the first day I am not happy. I struggled a lot with the feeling. The problems we have not managed to improve we did for the second session. It was a difficult day. Now we have a lot to do for tonight to improve for tomorrow.”