John McPhee reflects on Argentina race: “The position I got was the best I could do” 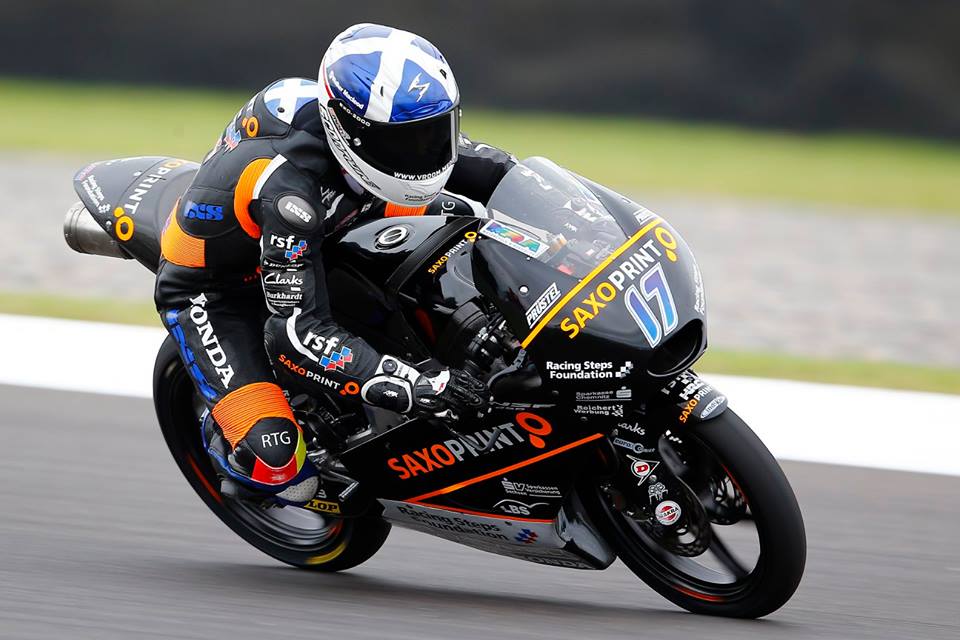 SAXOPRINT RTG rider John McPhee had qualified in 19th and made a solid start off the grid, rising to 16th place after a handful of laps.

As with the previous GP in Austin it showed a pattern where Danny Kent pulled away at the front and John was on the tail of an extended following pack.

With 9 laps to go John had moved further up to 14th ahead of Kornfeil and Migno, with Loi and Ajo ahead of him.

With only 4 laps remaining the pack was quite tight and John was in 13th position, but was just shuffled back into 15th in the final corner.

John McPhee
“Obviously it was a quite difficult race for me. We started with a not so good qualifying position. The feeling on the bike and my feeling in general was not so bad. My laptime was also good. The difficult thing was to pass. I was not able to fight. So we lost a lot of time. At the end we were far back. The position I got was the best I could do. Now we come back to Europe and I am sure we can improve.”