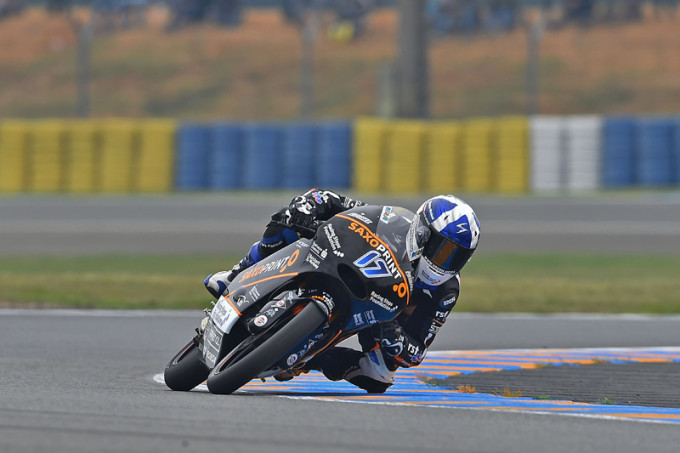 Rain came during the session, catching many teams and riders out, and leading to a number of crashes – and having had another difficult practice session in the morning’s FP3 – again beset by technical problems – John McPhee did his best and took 19th on the grid, despite being worried he had ventured out too late.

Tomorrow’s race will see John aiming to make progress through the midfield and up into the points. So far weather predictions point to better conditions.

John McPhee: P19 (+2462):
“FP3 was pretty much a disaster. We had an electrical problem so I could not ride many laps. At the end When We managed to fix the bike I went out on the track. But I had the same problem as yesterday. Qualifying was a little bit unlucky with the weather conditions and the timing. We went out a little bit late. Some riders crashed in front of me, so I had only one lap before the rain started.”