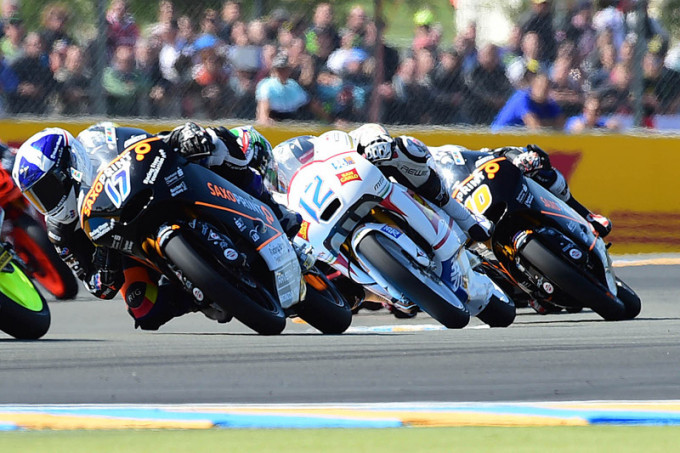 Sadly John McPhee continued to experience the handling difficulties he had faced earlier in the weekend and struggled to make any progress in the race.

John started solidly off the line and battled through the opening laps around 20th position, though whilst a leading group of 8 bikes led by Fenati pulled away at the front, John was stuck midfield and has slipped to 22nd by eight laps into the race.

With a couple of laps remaining John managed to move up to 17th, the position in which he finally crossed the line.

John McPhee
“The race continued in a pretty similar way to the rest of the weekend. We have some problems. We struggle with the feeling of the bike. It is not easy for me to do a good laptime. I tried as much as possible but I could not go any faster. We have to find something on the bike. We have a lot of work to do to make some impovements for the race in Mugello.”