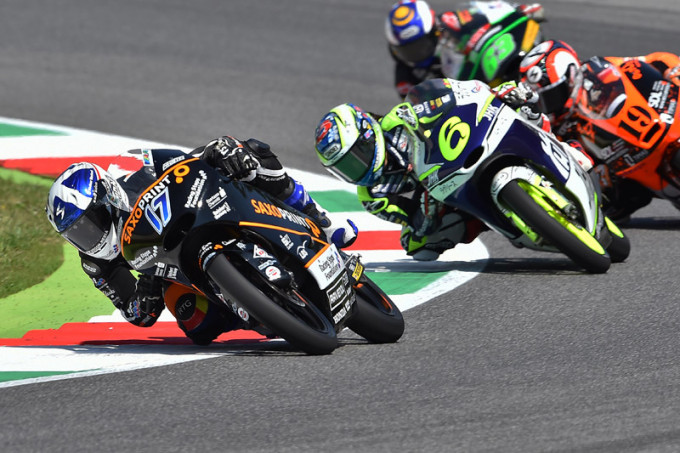 The 20 lap Italian GP at Mugello was run in bright warm conditions today and was an exciting race for fans – seeing lots of action and Miguel Oliveira’s historic victory, but sadly there wasn’t much to smile about for John McPhee.

36th in warm up, he has continued to suffer from a huge lack of confidence in the bike’s setup and handling this race weekend.

19th on grid, he made a poor start, dropping back through the field to 27th over the first few corners.

For the first few laps he drove in a group together with Maria Herrera and Alessandro Tonucci, but due to the problems he was having with the bike he was unable to make any progress from there, and spent the race of the race pretty much alone.

He finally crossed the line in 20th – a position which drops him to twelfth in the overall championship standings.

John McPhee
“Once again a difficult race for me. The biggest problem is that I can not turn the bike in the corner. So I can not follow the other riders and hold the line. So it is impossible to do a good laptime. Now it is getting more an more difficult for us. We have to improve. Now one more race without points. So we have to push really hard for the next race.”