Disappointing finish to Catalan weekend as John McPhee crashes out 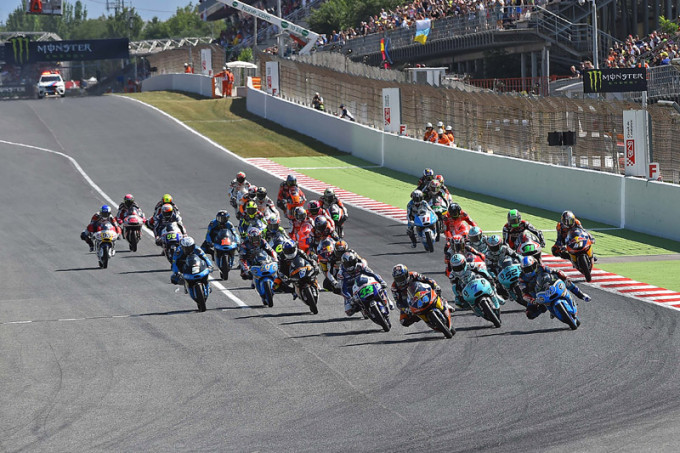 John McPhee started this morning’s Catalunya GP from 11th on the grid.

Despite some frustrating handling issues preventing John from getting decent positions in Free Practice he had managed to grab an improved Qualifying position.

John had dropped to 21st by lap 3 following contact with another rider, and over the following laps he pushed as hard as possible to regain places.

Unfortunately he continued to suffer from poor handling and lack of grip as he tried to make the best of the remainder of the race, and sadly he eventually crashed with a high-side on lap ten.

John now looks ahead to Assen in two weeks to see if he can get better feelings with the bike.

John McPhee: Not classified (+13 Laps):
“The beginning of the race which not so bad. But after the first lap I touched with another rider and lost some positions. After That I tried to push and push every lap. But the grip was quite bad and I lost some time in every lap. I continued to push, than the grip got to much and I crashed Because of a high-sided.”