John finishes in the top ten at Assen 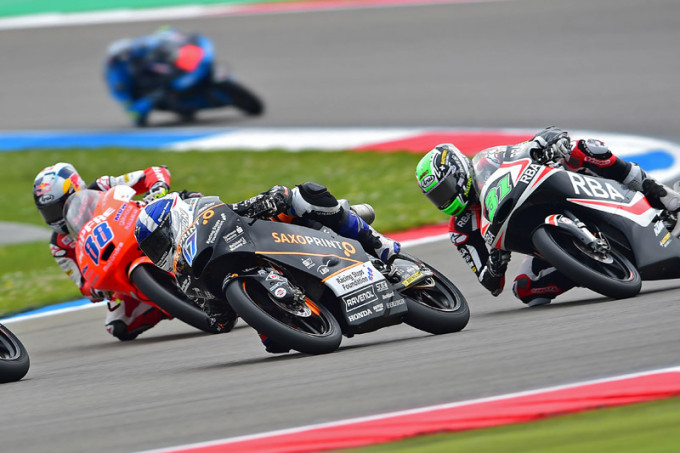 The Assen TT weekend finished on a positive note for John McPhee, who converted his 23rd place on the grid into a top ten race result.

Making a good getaway off the start, John rode assertively over the first laps – already up into 17th position by the end of lap one – and was able to embed himself firmly in the chasing pack which made up positions eight back to seventeen.

Through the remainder of the race, John fought hard in the pack – repeatedly trading places with those around him.

He eventually crossed the line in tenth place, bagging six more points on the 2015 championship table.

John McPhee: P10 (+21,663):
“It is a really nice feeling to come back inside the Top 10 again and put some more points on the table. I had a good race from the beginning untill the end. It was a lot of fun. I made a good start and two aggressive first laps. So I found myself on a good position. I had to fight the whole race. At the end I had to be clever and finished on 10th position. I am happy for today.”