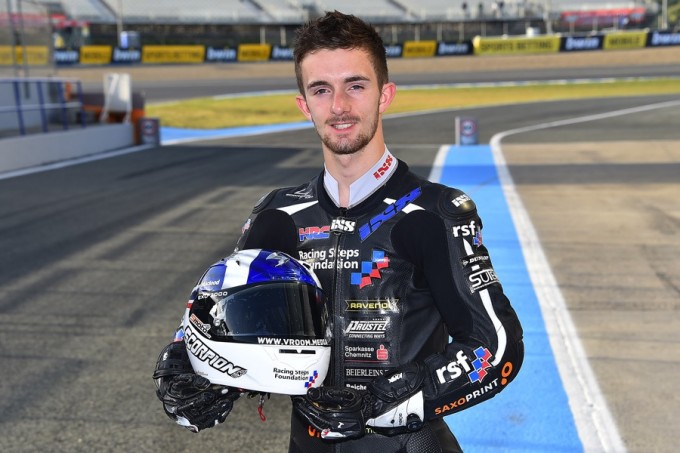 2015 has not so far turned out to be the season John McPhee expected. Both he and teammate Alexis Masbou have struggled with the SAXOPRINT RTG Honda and found it hard to get good Qualifying positions as a result – in itself a formula for making things harder come race-day. When he has been able to challenge and to get into the thick of the fight, John has shown that he still has every bit of spirit and race craft he always did, but too often he’s been playing catch-up in the midfield, and fighting for points rather than podiums.

Nonetheless the young Scot has continued to give it his all, and worked with the bike as much as possible in testing as well as on race weekends, and took time out to review the first half of the season with us and to look ahead to what the second half may have in store…

It’s been an ‘Up and Down’ season so far John. It seemed to start quite well but then you seem to have had problems further in?

Getting the bike late and riding only 102 klms in the wet before Qatar, meant we had no chance to get to know the new chassis and it’s limits. We were a little lucky in Qatar as it was the first race. Qatar is a very different track, along with Texas and Argentina. These are places that Moto3 guys don’t get a chance to test at so this evens things out a bit. When we arrived in Europe it immediately got tougher. I only had the chance to do a 1 day test on my own before Catalunya, but at least got some feel from the bike for the last couple of races. Without as much track time as the other Honda riders it’s just been really difficult to move forward quickly.

Is it not possible to use the race weekends to find your base set up? 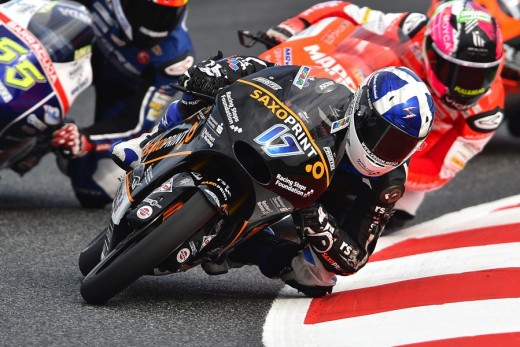 On a race weekend you can’t really do a lot of testing as time is really limited. You only have three 40 minute sessions before heading into qualifying. Also to test, you really need consistent conditions. On a race weekend the track conditions change. We’re the first out so FP1 is always a dirty track and early morning so it’s a cold track. Then FP2 is a hotter midday session. And then FP3 is colder early morning again! We also are changing tyre compounds in these sessions to find the best combination for quali and race, so there are just too many variables to try do grass routes testing.
Normally you start the season with a good base setting which you’ve found in pre-season tests and then you just make small changes from one circuit to another.
It should be more about just fine tuning your base setting to suit that circuit and then focusing on your own riding to get the rest of the improvement. Along with every other rider! Even people like Valentino Rossi works on his riding from free practice 1 though to the race. With the issues we’re having at the minute and the continuous chase and changing of settings, I’m having to just focus on the basic things! And normally small improvements from my riding is what can often improve the lap time most.

You say you have some better feeling now for the bike, do you think you can have a better second half of the year? 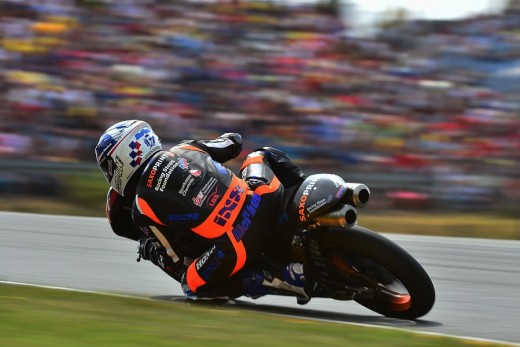 Yes, I hope so! The  more mileage I get the more I get to know the bike. Knowing the limits a bit more should allow me to push harder. For the first half of the season we’ve been struggling a lot with feeling and this hasn’t been only down to lack of bike time. It’s because we’ve had settings in the bike which the team thought were in the ‘window’. Similar to last year. But all along they were completely different. With different shock and fork internals you can’t compare the clickers to last years. But only recently have they found this out. Again something that would’ve been found much quicker with a test!
On the positive side there’s a lot of tracks I really enjoy coming up! Plus, I’m hoping to get at least another days test as soon as possible so this would only help too.
In the end, We’re not so far away. But it’s all so close with often just a second covering 15 to 20 riders, so a tenth can make the difference between a couple of places and half a second more than 10 places!

How are you getting on with your team mate Alexis Masbou?

Good, we get on well together. He can be a good laugh and the fact we have been having the same problems with the bike means we can share stuff and always have something to talk about! From the outside I’d have hoped people can see that we go fast together and go slow together! Session by session we are always very close. This points out more than anything that were both having the same issues.

You have some time to yourself now in the summer break. What will you be doing during the holidays? 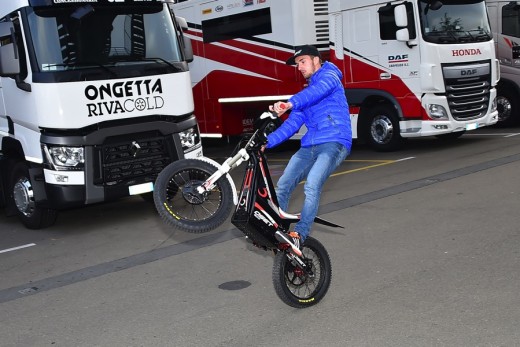 I do have some things on at weekends that you could call ‘holidays’ but really this has just been a couple of weeks away from the track to make sure my physical and mental preparation is fully up to scratch!
I am trained by Porsche human performance down in Silverstone, so I had a couple of days down that way at the start of the break. Updating my training plan with a fitness test which I was really happy to pass!
I’ve always been very self motivated in terms of training anyway and will be doing all the usual things!  Motocross, cycling, running, mountain biking, climbing, squash, etc!
At the weekend I also had my cousins wedding! It was a great day and really nice to spend time with all the family. It’s been a while since we’ve all been together as there’s always someone who can’t make it, (normally me). Lol.

I guess the time will pass really quickly then?

The season always goes really quickly, the calendar is full, if not with races then training and plenty of travel back and forth.  Maybe one day I’ll want to slow down but right now I really enjoy it all and wouldn’t have it any other way!!

The next race is Indianapolis. Do you like America?

Yeah definitely! I Had a holiday there last December. My girlfriend and I visited New York and did the tourist things which was great fun! I’ve also been on a few family holidays to Florida when I was younger so I always get good memories going back!

So best of luck of luck for the rest of the year and look forward to seeing you back on track.

Thanks! I’m really looking forward to it and hope to get there more competitive and up front again!