John positive with day one at Brno: “We’re going in the right direction” 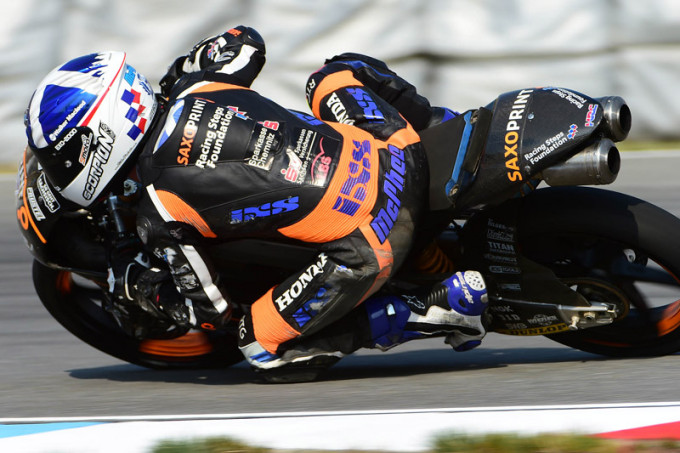 It was a solid but understated start to the Brno weekend for SAXOPRINT RTG rider John McPhee, who – fresh on his Indy success – knuckled down to work in the FP1 and FP2 sessions ahead of Sunday’s Czech GP.

Although both John and teammate Alexis Masbou both suffered teething troubles, there was progress across the sessions and John, placed 15th at the end of today, now looks forward to continuing in that positive direction tomorrow.

Fastest time on the first day of practice for the Czech Republic GP went again to Danny Kent, followed by Brad Binder and Niccolo Antonelli.

John McPhee: P15 (+1399):
“It was not suc a bad day to start the weekend. I was hoping I could ride closer to the front but we had some small problems. I crashed in the morning. We are going into the right direction. We need to keep on Improving for tomorrow and trying to close the gap to the top. But for today It was not so bad.”