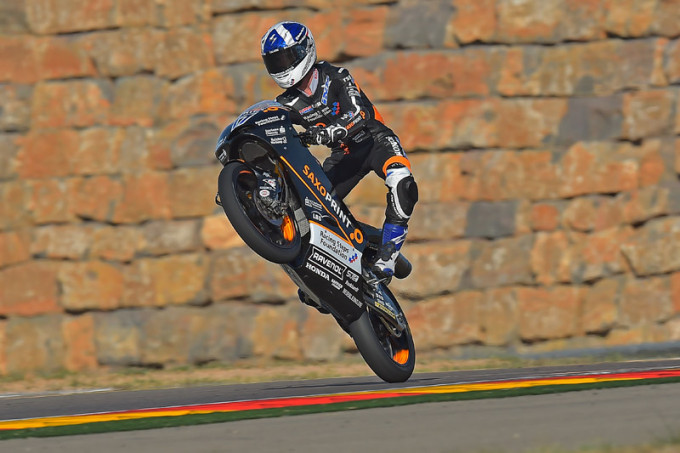 Saturday was a more positive day for SAXOPRINT RTG rider John McPhee, though not without difficulty when it came to qualifying.

The young Scot had worked hard during FP3 with decent lap times and position, but when it came to qualifying he was finding it hard to recover that kind of pace.

He spent much of the session lower down the ranks, but managed to put in a stronger lap in the final minutes to put himself in fourteenth position for the race grid tomorrow.

John McPhee: P14 (+1190):
“It was a hard qualifying for me. In Free Practice Three this morning we didn’t have too a bad pace, but in the qualifying it was difficult to find the same lap time. We made some changes and by the end I was becoming a little bit nervous, because we were not coming closer. So I tried to push harder even more. In the last minutes I made one lap did was good enough for 14th so I think we can have a good race from here.”