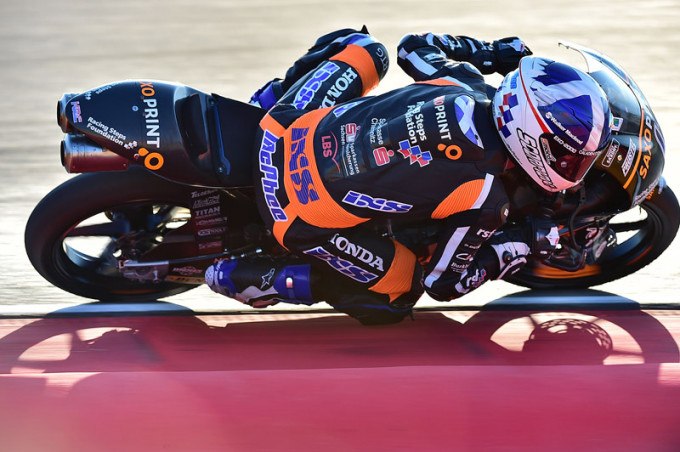 John McPhee fought a hard race at Aragon today, just missing out on points – a result that doesn’t reflect the effort and racecraft put in by the young Scot.

Having started from 14th on the grid, John was initially shuffled back to seventeenth, although he soon regained ground and moved up into the front of the second pack – swapping places from everywhere between twelfth and fifteenth.

Sadly he was bumped in the last lap, and lost ground again. So even though it may have been disappointing in some ways it nonetheless showed John in good battling form nearer the front than his Honda has tended to allow. Good pace and good racing, which will hopefully set John in good stead for the forthcoming flyaway rounds.

John McPhee
“It was a good battle in the race. I felt not so bad on the bike. Just in the beginning of the race we lost a bit, Because everyone started to fight. In the last lap I was unlucky. Somebody hit me from behind and pulled me off the track. So what it to difficult to come back in only half a lap. So I am not happy with the result, but this is racing. I learned a lot and now I am focusing on Japan.”