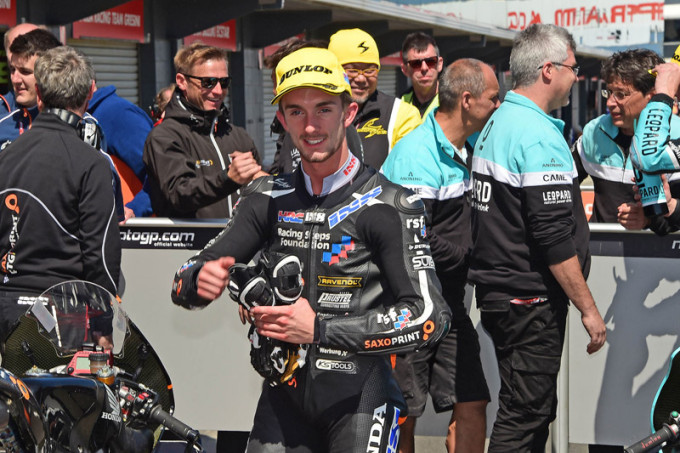 The young Scot had performed well in free practice and was on strong form in Qualifying, where he took first position for some time, only to be demoted to second place by Danny Kent by the end of the session.

Kent however was penalised for irresponsible riding and demoted six places – thus putting him back to seventh and elevating John from an already impressive front row grid slot to pole position.

John now aims to take the best possible advantage of the starting position at the iconic circuit.

John McPhee – 1st – (qualified 2nd – +0.360):
“I’m really really happy with the finishing position today. I made the front row of the grid for the first time this season, and because of Kent’s penalty I also got the pole position. So it’s a nice feeling and I think tomorrow for the race, if we can continue like this, we have the chance for a podium.”