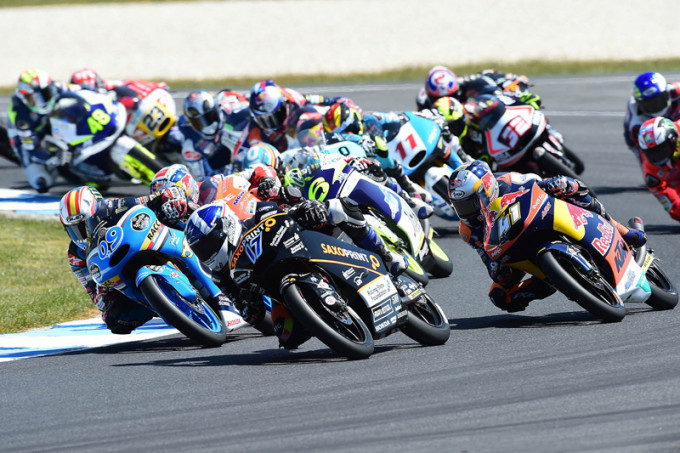 There were sunny skies and early summer temperatures at Phillip Island today for the Moto3 Grand Prix.

John McPhee started well from his pole position and fought hard at the head of the leading pack over the race’s opening laps – showing all the skill and racecraft that fans have not been able to witness further back in the field through the season.

He repeatedly traded places and fought off challenges in the tightest of scraps. Unfortunately, his fight for the podium ended on the seventh lap when he lowsided, taking Leopard racing’s Joan Mir with him.

Although the end result of the weekend’s race is eventually a disappointment, John’s qualifying and his fighting at the front of the race has been great to watch – and hopefully he will bring more of that to Malaysia in a week’s time.

John McPhee (Not classified):
“Obviously I’m disappointed to finish the race this way, but I think we made a big step forward this weekend. We have been much stronger than the last races and we improved a lot. Everything is just coming together and is becoming one. It was my fault in the race. Till That point I was having a lot of fun and felt confident. Sorry to the team, Because The crash was my mistake. But we only have to wait one week till Malaysia and we will try again there.”