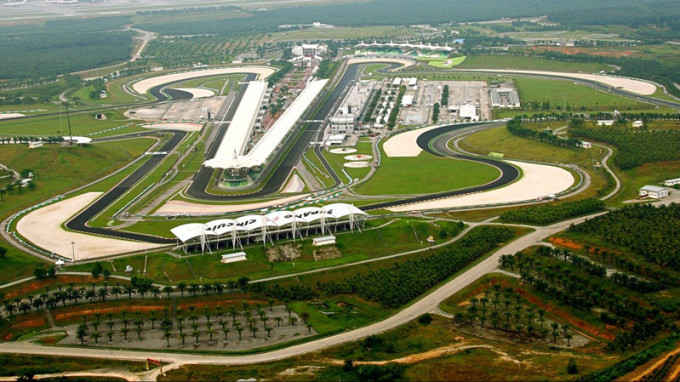 The Australian GP will go down as one of the most spectacular races in the history of the World Championships. Marquez took his 50th GP victory after an amazing last lap; Lorenzo reduced Rossi’s advantage in the standings by 7 while Andrea Iannone returned to the podium. If that wasn’t enough there were also 52 overtakes between the four during the race in what was an incredible display of riding.

So with the #TheIslandBattle done and dusted, its time for the riders and teams to do it all again as they head to the final flyaway round at the Sepang International Circuit in Malaysia for round 17 of the 2015 MotoGP™ World Championship. Sepang hosted its first Malaysian GP in 1999 and has been ever present on the calendar since, with this being the 17th consecutive GP event the circuit has held.

Last year’s Malaysian GP saw Marc Marquez take victory ahead of Rossi, with Lorenzo completing the podium. The same result in 2015 would see Rossi take a 15-point lead into the final round at Valencia. There is also a chance that Rossi could be crowned World Champion at Sepang if he can score 15 points more than Lorenzo. This would happen if Rossi won and Lorenzo was sixth or lower, or if Rossi came second and Lorenzo finished outside the top ten. Rossi could also afford to finish third if Lorenzo failed to score a point.

Rossi’s record at Sepang is superb. The Italian has won six times in the premier class at the track but his last came back in 2010, although Rossi knows that he can still afford to finish second to Lorenzo in the last two races and lift his tenth title.

Lorenzo has not been off the podium at Sepang in the last four races he has started, but hasn’t won there since his 250cc victory in 2006. Lorenzo will be hoping he can taste victory in Malaysia for the first time in his MotoGP™ career, as he attempts to pile as much pressure on Rossi in the final two rounds.

Repsol Honda’s Marquez victory at Sepang last year was his first since his 125cc win in 2010. The Spaniard was second at the track in his rookie season and will be buoyed by his 50th GP victory at Phillip Island, plus he will fancy his chances for the win as Honda have been victorious in the last three races at the circuit.

Marquez’s teammate Dani Pedrosa won back-to-back races at Sepang in 2012 and 2013, but crashed twice during last year’s race and was forced to retire. His first came while battling for the lead with Lorenzo in the early stages and then the second time after he had fought his way back from last to 11th. The Spaniard will also have one eye on the battle for fifth in the championship standings as he now enjoys a 7-point lead over Bradley Smith in sixth.

Ducati Team’s Iannone has not scored a point at Sepang in the premier class after missing last year’s race through injury and being forced to retire in 2013. The Italian has stood on the podium at the track before though, in the 2010 Moto2™ race when he was third. Iannone now has a 23-point lead over Pedrosa in the standings, as he looks to secure fourth in the last two races. His teammate Dovizioso crossed the line in 13th at Phillip Island, his worst result of the season. He will hope to bounce back at Sepang where last year he finished in 8th, but he has stood on the podium in the premier class twice at the circuit before in 2008 (2nd) and 2010 (3rd).

Team Suzuki Ecstar’s Maverick Viñales equalled the best result of his rookie MotoGP™ season with sixth at the Australian GP. Last year he was victorious in the Moto2™ race at Sepang and he also won the 125cc race in 2011. His teammate Aleix Espargaro crashed out of last year’s race after contact with Alvaro Bautista and his best result at the circuit in the premier class is eighth back in 2012.

Monster Yamaha Tech 3’s Bradley Smith (158pts) holds an insurmountable 51-point lead over LCR Honda’s Cal Crutchlow (107pts) in the battle of the Satellite riders with only two races left. Octo Pramac Racing’s Danilo Petrucci (97pts) is a further ten points back from Crutchlow, but one point ahead of Smith’s teammate Pol Espargaro (96pts). Smith crossed the line in fifth in last year’s race ahead of Espargaro in sixth, while Crutchlow and Petrucci were forced to retire.

In the Open class it is Avintia Racing’s Hector Barbera (30pts) who still leads the way with a two-point advantage over Forward Racing’s Loris Baz (28pts), after both riders failed to score points at Phillip Island. LCR Honda’s Jack Miller (17pts) has moved up to to third, one point ahead of Aspar MotoGP Team’s Nicky Hayden (16pts) after crossed the line in fifteenth at his home grand prix in Australia to take the Open victory.

The Shell Malaysian Motorcycle Grand Prix kicks off officially with the Press Conference on Thursday at 17:00 local time, while the on-track actions starts with Free Practice for all three classes at 9am local time on Friday. Click here for the full schedule.

The Australian GP saw a sensational second win from Alex Rins (Paginas Amarillas HP 40) in an incredible rookie season. Meanwhile 2015 Moto2™ Champion Johann Zarco struggled at Phillip Island as he was unable to find grip on his Ajo Motorsport Kalex. Both are out for victory at the Shell Advance Malaysian Motorcycle Grand Prix as they seek to end incredible seasons on high notes.

Unfortunately Tito Rabat (Estrella Galicia 0,0 Marc VDS) will not take part in the Malaysian GP. A crash during practice for the Australian GP resulted in a possible displaced bone fragment in his already injured left arm. As such he will return to Spain for further examination and possible surgery, missing the Sepang round in the hope of being fully fit for the final race in Valencia and for his second test aboard the Estrella Galicia 0,0 Marc VDS MotoGP™ bike the following weekend.

With Rabat having already missed the Japanese and Australian GPs, Rins aims to further cement his second in the championship and to end the year within 100 points of the incredibly dominant Johann Zarco. A total of 214 points confirms Rins as Rookie of the Year without doubt, Alex Marquez (Estrella Galicia 0,0 Marc VDS) amassing just 69 points in the same period.

34 points behind Rabat is Sam Lowes, the Speed Up Racing rider heading to Sepang after a solid run to second in Australia and could still end the year in third depending on his results. Many thought the former World Supersport champion would be a title challenger in 2015, but the Speed Up frame still lacks somewhat compared to the Kalex. For 2016 he will again be challenging for the title but this time aboard the much-favoured Kalex with the Gresini team.
The fight for fifth in the standings is also heating up as Jonas Folger (AGR Team) leads Thomas Luthi (Derendinger Racing Interwetten) by just two points as Folger failed to score due to a deflated rear tyre. Luthi has twice won in Malaysia, his most recent victory was in 2011 aboard the Suter in Moto2™. Meanwhile Folger’s best finish at Sepang came in the Moto3™ class when he was third in 2012.

Both Azlan Shah (Idemitsu Honda Team Asia) and Hafizh Syahrin (Petronas Raceline Malaysia) will be out for home glory after the pair finished inside the top five in an incredible Japanese GP. Syahrin has been steadily improving throughout 2015 and is now a frequent visitor to the top ten. His aim for his home round will be to repeat his astounding 2012 podium finish when he entered as a wildcard. If it’s a wet race both he and Shah will pose a massive threat to the established order.

As the Moto3™ riders lined up on the grid in Phillip Island many expected Danny Kent to end the race as Britain’s first World Champion since 1977 but another crash filled Moto3™ race put an end to that hope. With just 10 laps to go Kent and Niccolo Antonelli (Ongetta-Rivacold) made contact, sending the Leopard Racing rider down but Enea Bastianini (Gresini Racing Team Moto3) was also involved and fell alongside his championship rival. Meanwhile Miguel Oliveira played his cards perfectly to take victory and keep his championship hopes alive, the entire race shaking the championship to its very core.

The paddock now head to the Shell Malaysian Motorcycle Grand Prix for the final round of the triple-header and for yet another chance to decide the title. Despite his crash, Danny Kent leads the championship with 244 points and needs to leave Sepang with just 25 points more than Oliveira to take the title. With the gap currently at 40 points, Kent needs to finish sixth or better if Oliveira wins the race but as Phillip Island proved, anything can still happen.

Red Bull KTM Ajo’s Miguel Oliveira has shown incredible form in the last four races with two wins and two second places, recovering well from a mid season dip. Much of his success is also down to KTM’s new chassis and swing arm introduced in Misano, a huge step forward for all the KTM riders. Oliveira’s best result at the circuit is third, achieved in 2013, but the Portuguese rider needs to take his fifth win of the season and hope that Kent once again encounters misfortune.

Unfortunately Bastianini’s championship is now over as he drops to third in the standings due to his third DNF of the season. Overall 2015 has been a strong year for the Italian, able to challenge for a World Championship in just his second season and no doubt his form will see him towards the front once more in 2016. The battle for second in the championship is still on and Bastianini will be giving it his all to recover the silver spot.

With Fabio Quartararo (Estrella Galicia 0,0) set to miss the Malaysian GP due to his injured ankle, teammate Jorge Navarro looks set to end 2015 as Rookie of the Year. During his first full World Championship season Navarro has taken two podiums and five front row starts including pole in Silverstone. As with Bastianini, Navarro has impressed many in 2015 and will no doubt be a title contender in 2016.

The Malaysian GP is also the home round of lightweight class mainstay Zulfahmi Khairuddin and his Drive M7 SIC team. The combination did the majority of their winter testing at the Sepang International Circuit so may have an early edge over the competition. In 2012 Khairuddin astonished local fans with a brilliant ride to second, battling Sandro Cortese for victory till the very end.