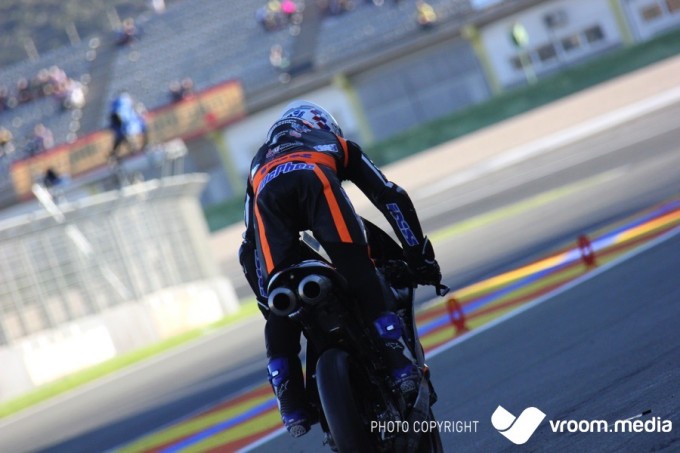 It was a doubly good day for SAXOPRINT-RTG rider John McPhee at Valencia today; not only signing with the team for the 2016 season, but also taking pole position in a thrilling Qualifying session for Moto3.

John took the lead on the timesheet very early on, and half-expected the time to be surpassed by others later on in the session. Whilst it was at one point bettered by Quartararo, the French rider had his time disallowed, so John’s time continued to stand.

There was a final mad few minutes out on track with a vast amount of traffic, but nobody was able to take the pole away from John, who was naturally delighted with the outcome – and with the day in general.

John McPhee: P1:
“I am really happy to get my first actual pole, because last time I got it because of another riders mistake. But today I was the fastest guy and this is a really nice feeling. I need to say thank you to the team, because they made a really good job the whole weekend and I feel really good on the bike. I feel confident for tomorrow and I hope I can finish the race the same way.”