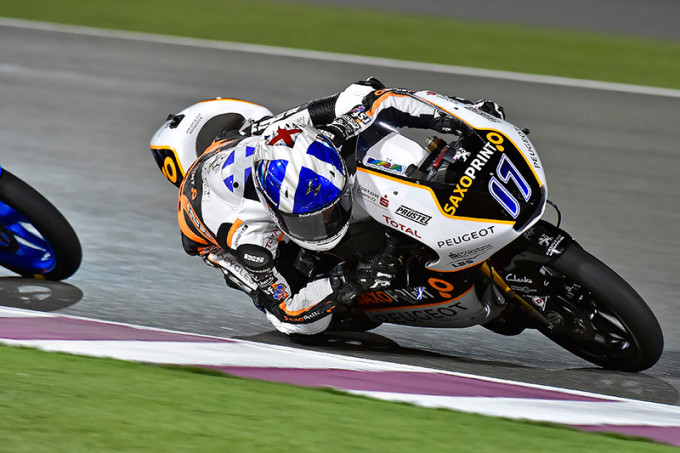 The 40-minute timed session in good conditions saw the real first time attack this year, deciding the grid positions for tomorrow’s opening race at the Grand Prix of Qatar. The floodlit Losail International Circuit was the scenery where an ultra-competitive Moto3™ class was separated from pole to 19th position by less than one second finally.

The lights will go out for the very first points hunt in 2016 with tomorrow’s Moto3™ Grand Prix of Qatar at 6:00 pm local time Sunday evening.

#17 John McPHEE – Grid Position 30th (2´07.847 (6/10):
“There is not much to say after this qualifying. We struggled throughout the session with gearbox issues. In the end I nearly crashed many times trying to make a good lap time. We did what we can but in the it was frustrating out there to ride through these problems. Hopefully things will go better tomorrow.”