Steady, limited progress for John as Argentinian GP gets underway 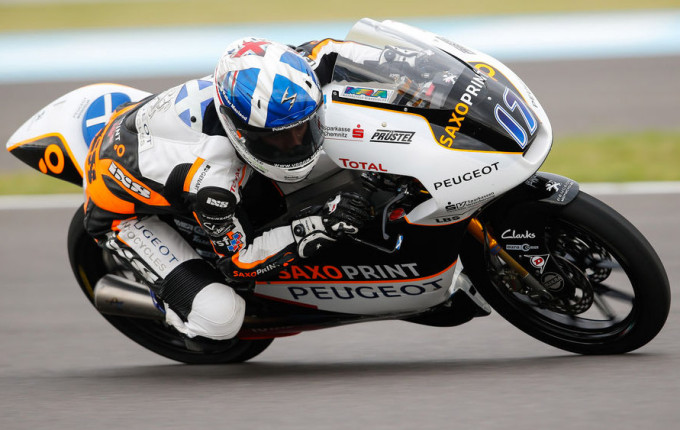 The weather was good and hot for second session of the day at Rio Hondo, although some rain is forecast for Saturday – and John rode with a bike which has the 2015 old fairing in place of the new 2016 design.

The characteristics of the Argentina Circuit which is fast with a long incline means it’s a power circuit and the Mahindras are suffering through lack of acceleration.

In FP1 John took it easy as the track was so dirty and slippy there seemed no sense in binning it when everyone was well down on times. His crew couldn’t make any setup changes, as running so slow they’d be meaningless when he actually got up to speed.

John’s fastest time in FP2 was slipstreaming Bulega which jumped him up to 11th. (Similarly Jorge Martin’s fast lap was also slipstreaming.)

Mark Keen of KRP says that John’s riding is looking good and the chassis is working better, although the rear is still a little unsettled, but the biggest problem is the massive lack of acceleration.