John ready for round 3, buoyed by Argentine result 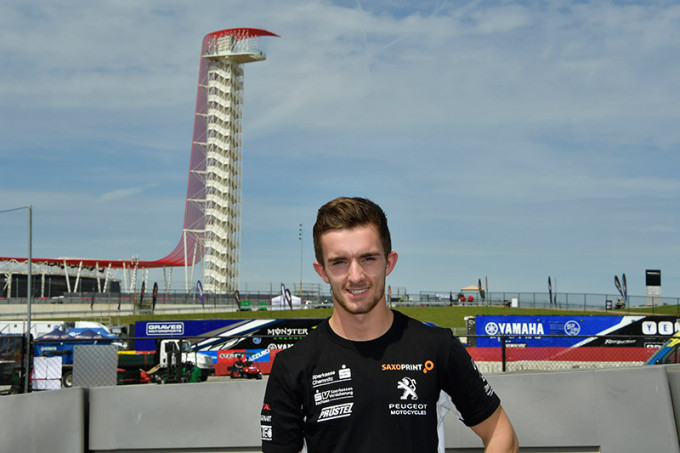 John rode a brilliant race last Sunday to finish in seventh position which means he scored the first championship points for the team and also for the Peugeot Motocycles brand at its comeback to two-wheels racing since 50 years.

The shape inside the ambitious project understandable raises a lot since then so both riders Alexis Masbou and McPhee aim high for this weekend’s American round at the challenging Circuit of The Americas close to the Texan city of Austin. Beyond that, Masbou and McPhee respectively experienced a strong visit last year there which boost their motivation too.

The Grand Prix of The Americas saw its inaugural appearance in the championship’s calendar back in 2013. So since then the Texas round is very welcomed by teams and riders, foremost due to its amazing race track which sees itself at an ultramodern safety standard and facilities up-to-date. The 5.5 kilometres long circuit is one of the longest in the world series, featuring one of the most demanding layout for human and machines.

#17 John McPHEE (World Championship position 13th, 9 points):
“I’m looking forward to the weekend ahead because obviously we finished with a strong result last Sunday’s race in Argentina. It was so nice to be back where we belong. However, we need to see how the bike performs at the really demanding Texas track and how everything is going on. But from last year I know that I can ride quite strong here so I hope to do the same again this time.”