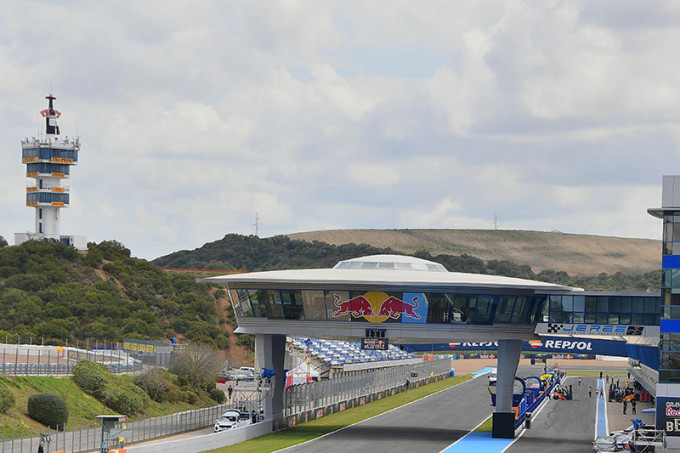 After a difficult race last time in Texas, Peugeot Motocycles SAXOPRINT look forward to the Spanish Grand Prix at the world-famous Circuito de Jerez this weekend, where the team did already many laps during pre-season testings’.

The newly-formed French / German based team overcome a hard outcome to the first flyaway Grand Prix this season quickly, as the team’s riders Alexis Masbou and John McPhee missed a points scoring finish narrowly in Texas two weeks ago.

But the ambitious project has the sensational ride of the young Scotsman McPhee well in its mind when he finished the Argentinian Grand Prix earlier this month in a great seventh place, whilst teammate Alexis Masbou crossed the line just outside the points in America where both riders achieved the best qualifying results thus far too. Both encouraging performances underline the potential of the package well even though there is still room for improvements in several areas.

Round four of the series with the Gran Premio de Espana is the traditional opener on European soil long ago but this time the event is something special due to its small jubilee as it celebrates 30 years of Grand Prix racing at the Andalusian track. Starting time for the Moto3 points haul this Sunday is scheduled for 11:00am.

#17 John McPHEE:
“First I would like to say that it’s nice to arrive back in Europe after a demanding oversea trip. Jerez is a track where we have done many laps during pre-season testings’ and I’m really excited to start racing again after the short break. Unfortunately, during all tests here earlier this year we endured a massive problem with my bike before we changed the chassis when we arrived for the first race in Qatar. In doing so we were able to fix it so I hope we can start this weekend with a not so bad setting and the issues we had at the beginning of this year are finally solved. If everything goes smoothly, I think we can have a good weekend here in Southern Spain.”