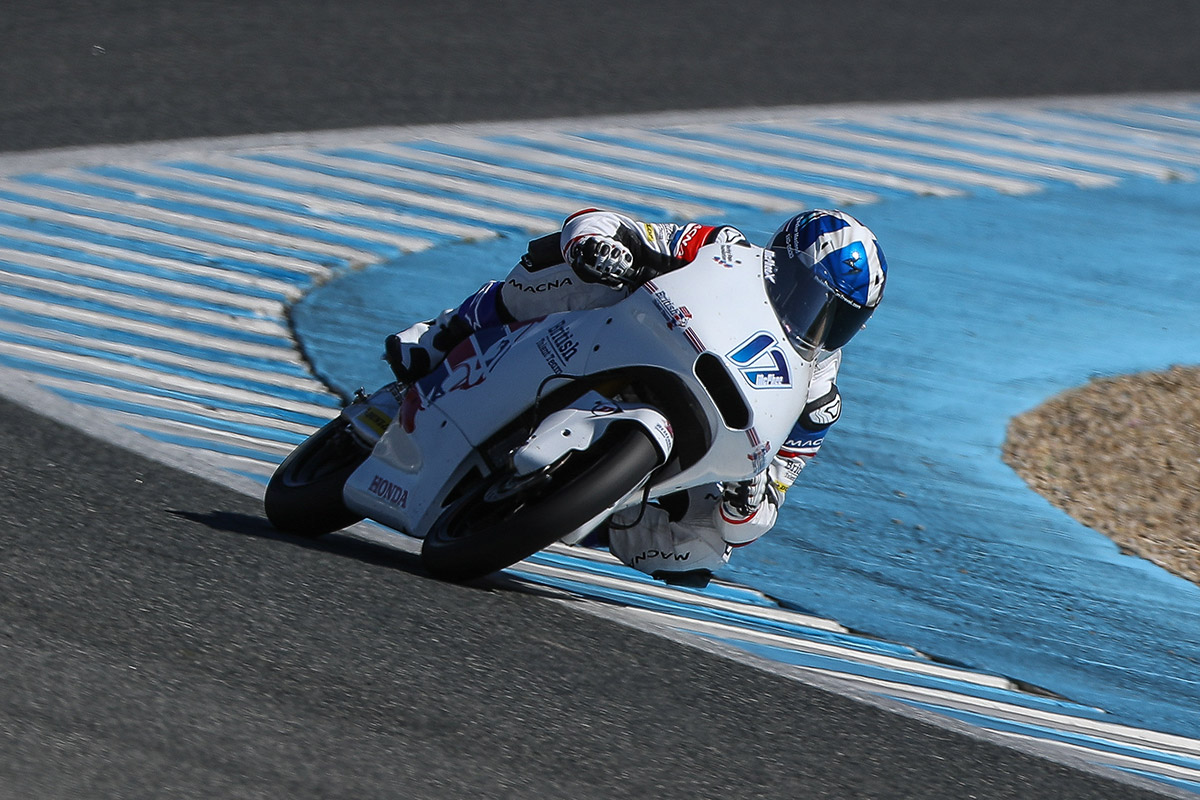 From the sleek, black carbon of the first on-track forays in private testing to the recent launch of the team and new British Talent Cup in London, the British Talent Team has come a long way since inception – with 2016 Czech GP winner John McPhee onboard for the 2017 campaign and engines fired up at the first Official Test of the year for Moto2™ and Moto3™.

Jeremy McWilliams, British Talent Scout for both projects, was on hand on Day 1 as work centered around longer runs and tyre life. Private tests at Valencia and in Jerez have allowed McPhee and the team to touch base ahead of the Official Test, with this track time now focused on starting to get ready for the season in earnest.

A sunny March day with temperatures heading up into the mid-twenties allowed McPhee to make full use of the three 70-minute sessions for the lightweight runners, completing 68 laps on Day 1. The Scotsman was back up to speed quickly, ending the first three sessions of track action in P9 overall with a best of 1:47.352 – 0.887 off the fastest lap set by Aron Canet.

John McPhee, P9 – 1:47:352:
“Today our target was to work on longer runs and improve tyre life. We made a good step forward and improved my feeling with the bike. I did my fastest laps today with medium tyres, and I know I can go quicker yet with some improvements from myself. It will also be interesting to put in a soft tyre and push for a laptime.”