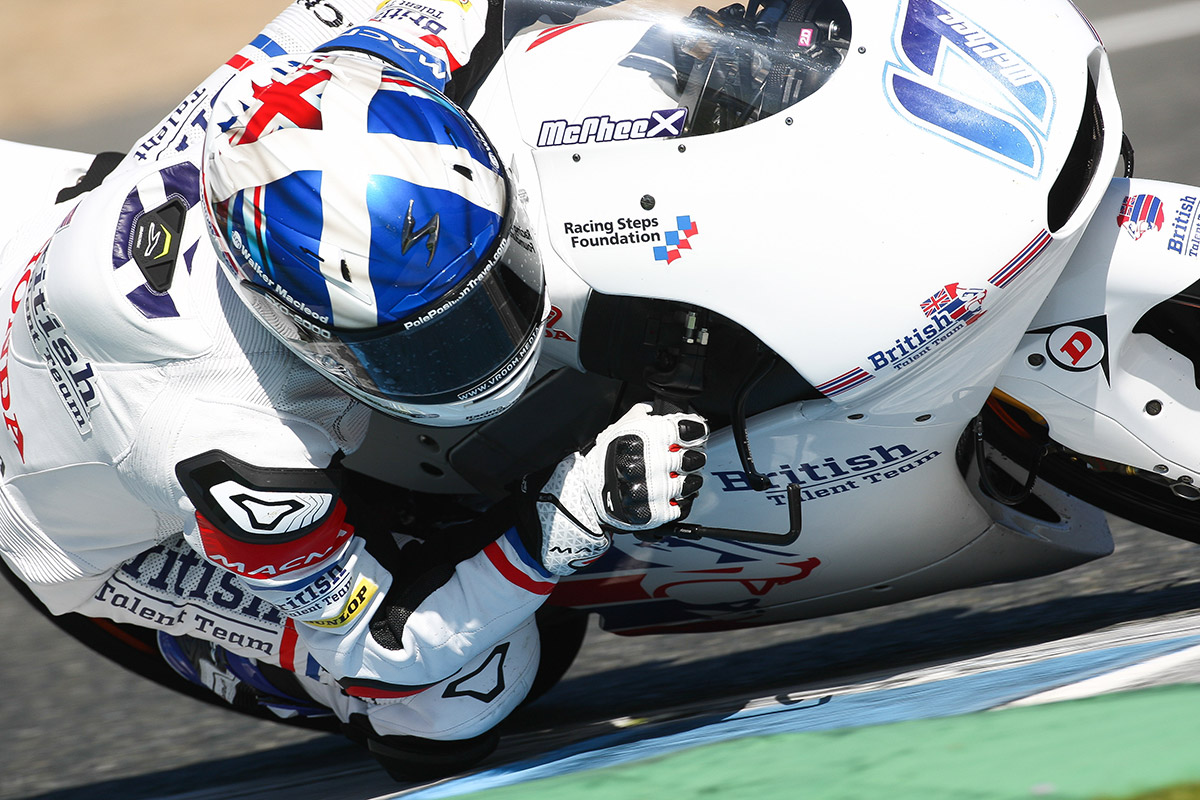 The British Talent Team debuted in solid style at the first Official Moto3™ Test of the year, with a place in the top ten on the combined timesheets secured for Scotsman John McPhee. The 2016 Czech GP Moto3™ winner posted a best of 1:46.792 after completing another 41 laps onboard his Honda.

After two positive days, the third and final of track action in sunny southern Spain was another good step forward. The BTT rider was P10 in Session 1, P14 in Session 2, and P10 once again in the final 70-minute session of the test. Concentrating on riding alone and race pace, John did, however, put in a qualifying simulation on the third day and got below the 1:47 barrier.

British Talent Team and British Talent Cup collaborator Jeremy McWilliams was once again an important presence in the box, and was onsite for the entirety of track action as preparation for the season saw the Team measure up on the timesheets for the first time.

Next up is Losail International Circuit in Qatar, as Moto2™ and Moto3™ test under the floodlights from March 17th to 19th.

John McPhee – P10, 1:46.792:
“Overall I’m happy with the test and feel I made a step forward with the bike and also my riding. I continued to work on long runs today, excluding Session 1, where we made it into a qualifying simulation. I felt really good on the bike and instead of looking for other riders to slipstream on the out laps, I was searching for clear track as I know I have the pace to go alone. Working in this way gave me lots of confidence heading to Qatar and the plan is to continue in this way over the test days when we get there. I’m excited to get racing!”