Ups and downs for John as testing gets underway in Qatar 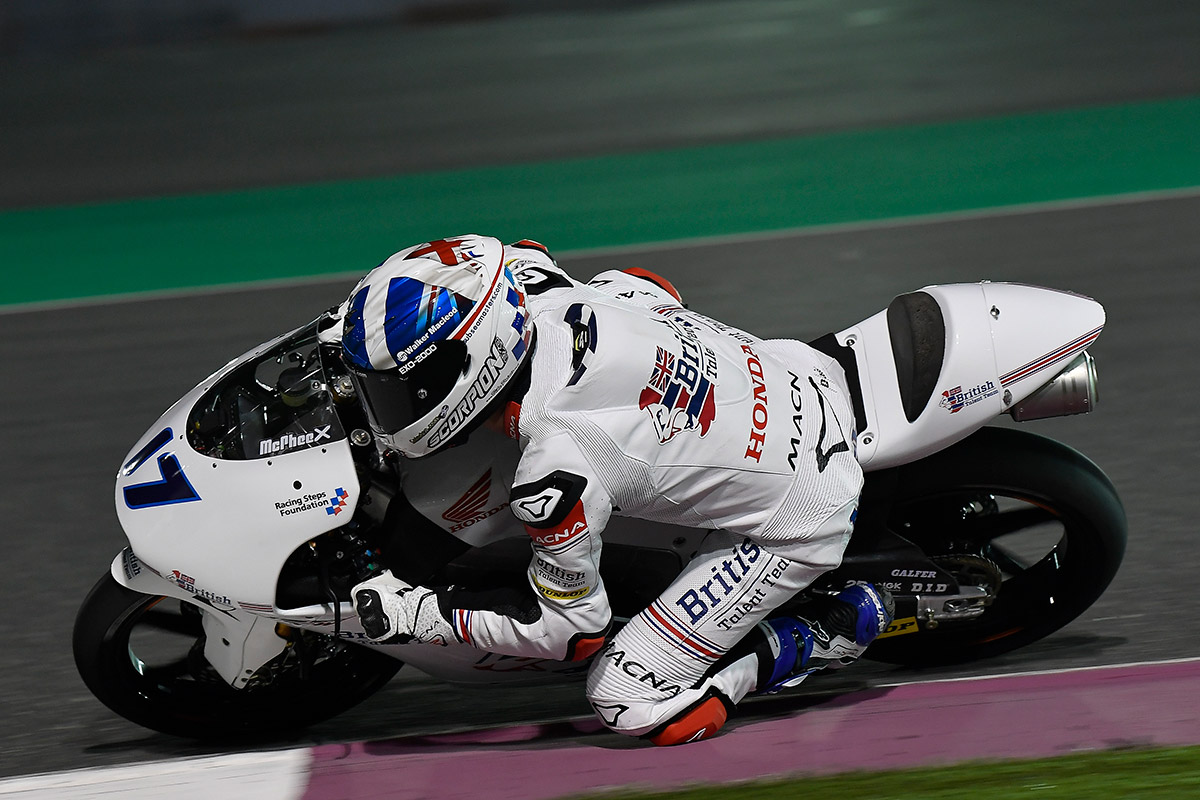 John McPhee had some ups and downs on the ‘second’ day in the desert at Losail International Circuit – although Day 2 proved the first day of usable track time after Day 1 was uncharacteristically rained off.

The Scotsman ended the three sessions in P12 overall with a 2:07.327, but also suffered a crash – rider ok.

British Talent Scout Jeremy McWilliams is again on site in Qatar ahead of the first race of the year, after most recently overseeing the first Official Test for the project in Jerez.

John McPhee – P12, 2:07.327:
“It was a really positive start to the day with a good feeling from the word go. Track conditions were poor for the first session and then improved for the second one – but unfortunately I had a small crash after just a few laps, which limited my track time. For the last session we tested a few things back to back and finally finished the day with my best lap time. I’ve got a few things I’d like to try tomorrow but overall I’m happy for now.”