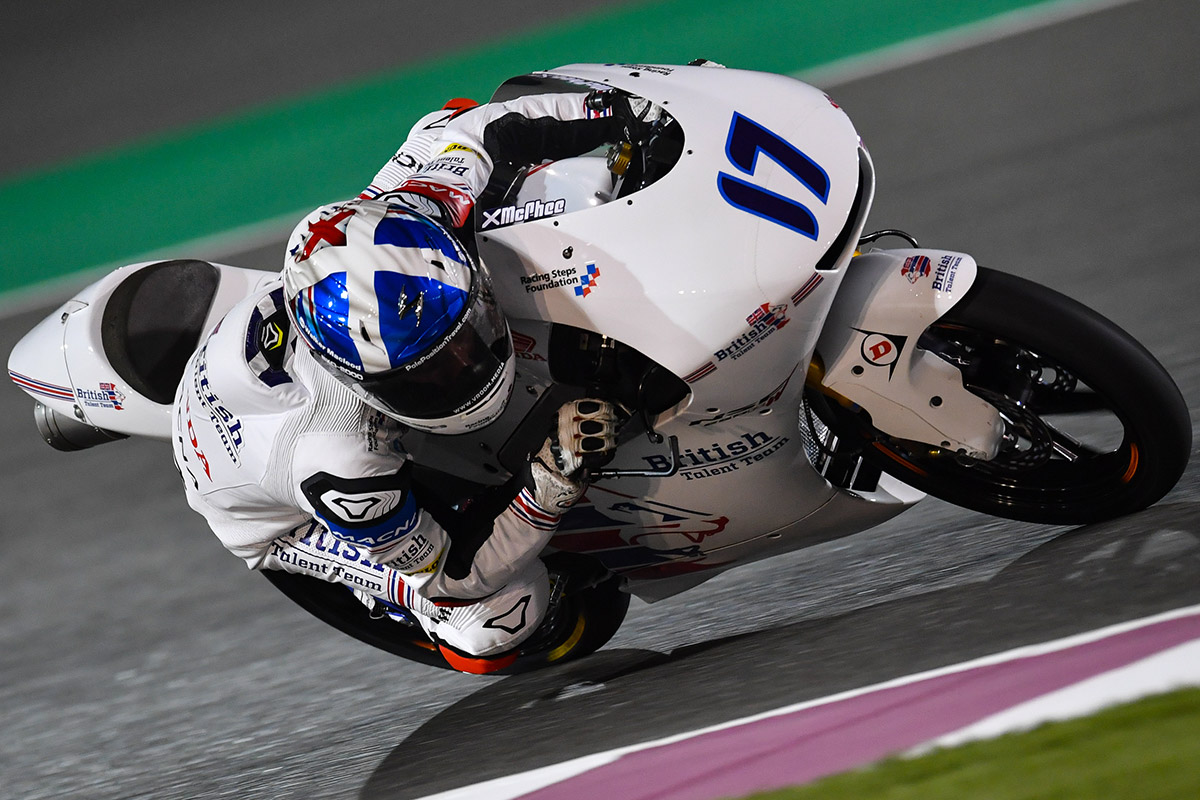 The first Grand Prix of the year has now truly begun in Qatar, with the floodlights of Losail International Circuit first greeting the Moto3™ grid as the lightweight class got the season in gear. The British Talent Team got off to a tougher start than form shown by rider John McPhee throughout preseason testing, with the Brit ending the first day in P20 overall – but concentrating on consistency on the harder tyre.

John’s best lap was a 2:08.407 on lap 15 of 15 in FP1, putting him in P20. With FP2 than affected by higher winds and track conditions allowing few riders to improve, the laptime from the first session remained the Scotsman’s fastest of the day.

Despite the conditions however, the British Talent Team rider was much higher in the standings in FP2 – locking out the top ten.

John McPhee – 2:08.407:
“It’s nice to now have the 2017 season officially started. I feel like today was as promising as can be with lots of wind on track keeping all the lap times slightly slower than the test. My feeling on the bike was good and I focused on running with the hard tyres and being consistent. I feel like this will pay off when it counts – in the race!”