Superb season start for John as he takes second in Qatar 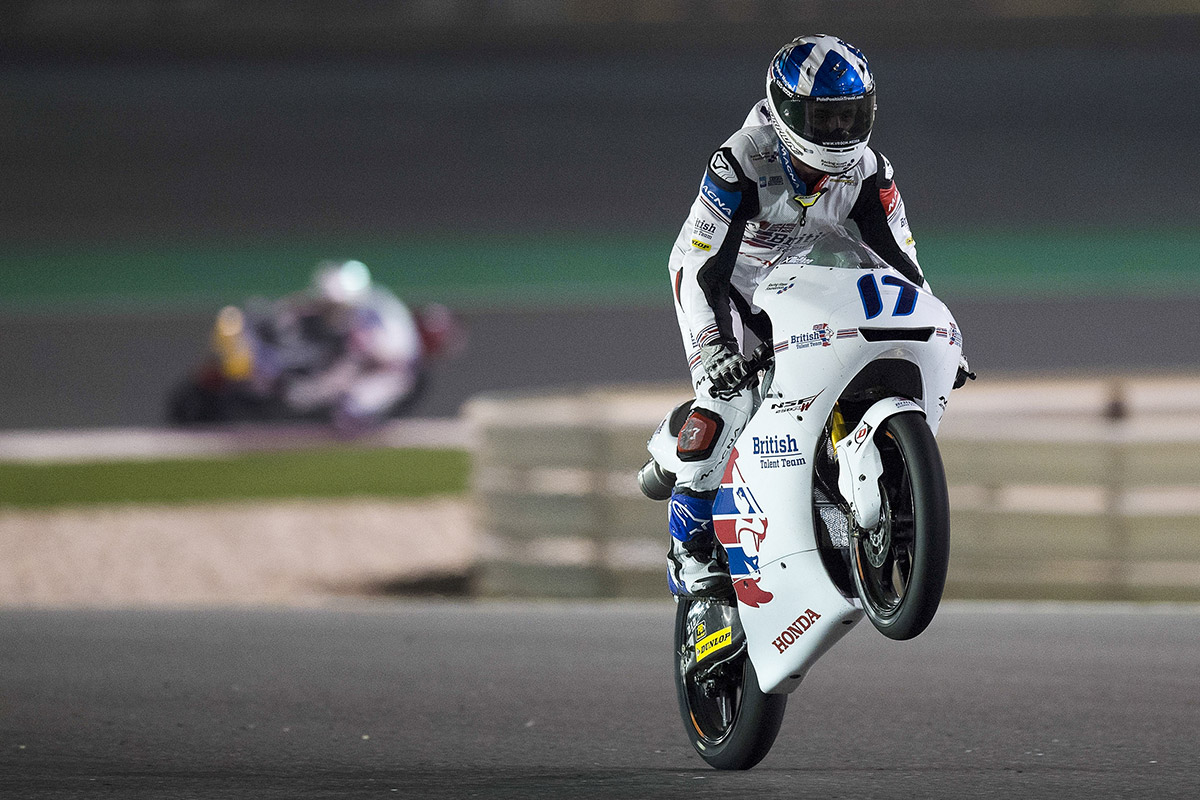 Patience can be a virtue in practice, before the lights go out for the race and the flag demands a payoff. Patience was the plan for British Talent Team rider John McPhee leading up to the team’s debut – and the Scotsman put in a stunner once the flag dropped, taking a podium first time out.

Staying in station throughout the first laps, the Brit began a fight back with a fastest lap as he made it up into P11 with 16 to go. 14 to go saw John move up to seventh, before he was into the top five next time over the line.

A brave move up into the lead for the first time with twelve laps left saw John announce his presence as a real podium contender as the group tousled for position. Back at the front with seven to go and then fighting it out with the frontrunners to the end, the BTT rider eventually crossed the line in second – defending the position to perfection over the last lap.

On the podium first time out and only just behind winner Joan Mir, the new British Talent Team is off to a flier ahead of the debut of the British Talent Cup next year. Next stop: Argentina and Termas de Rio Hondo, from the 7th to 9th of April.

John McPhee, P2:
“I can’t thank everyone enough, honestly! The team and everyone behind me. I’ve been given this opportunity and I’m trying to make the most of it so that’s the best way to start off the season. All race the bike was so fast, I felt really strong in the group. We ticked all the boxes in preseason testing and we knew we could be strong, even if the weekend’s not been the best, position-wise. I stuck to the plan and now it’s paid off so I’m absolutely delighted!”