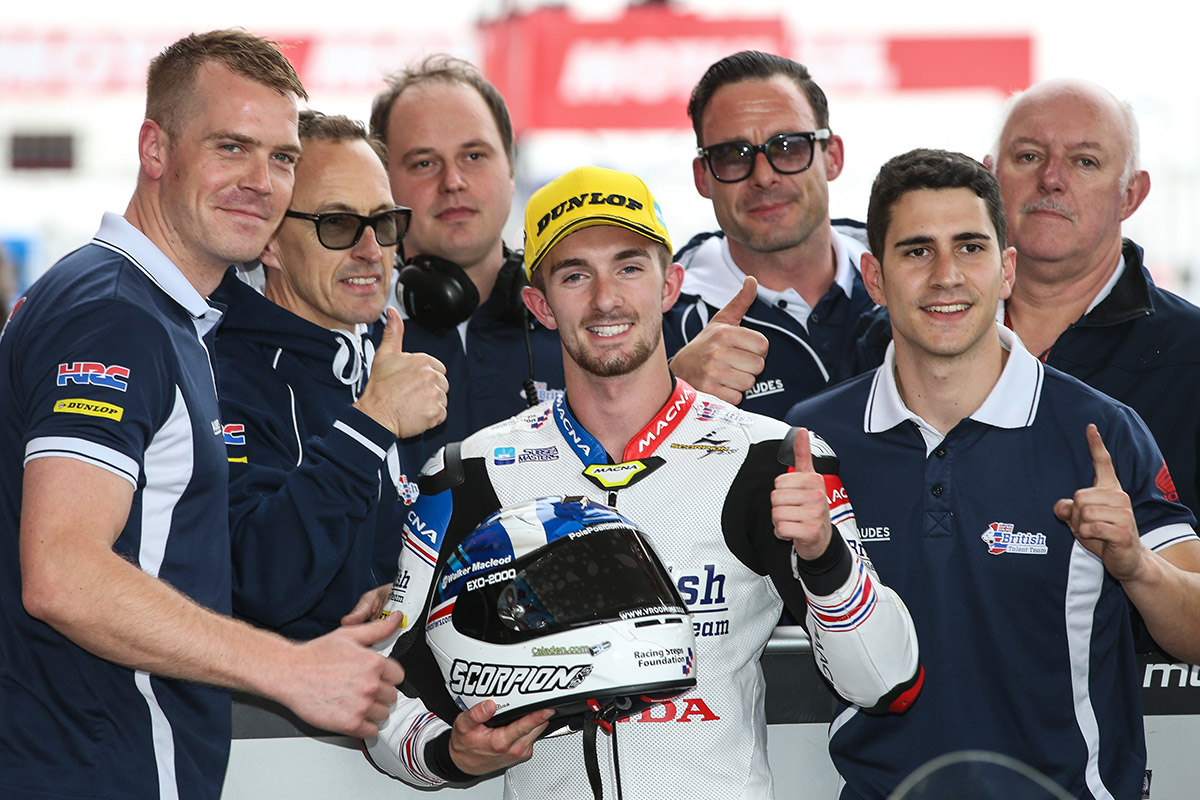 It never rains, it pours – or puns to that effect! After a podium first time out for the British Talent Team, John McPhee has done it again at Termas de Rio Hondo – taking a first ever pole position for the team; his third.

Racing was underway early but this time against the sky, as the field took to the track to set an early fast lap in case the weather changed – and change it did. John, timing it to perfection, set his best lap just ahead of an attempted final charge – leaving the grid to fight the damp conditions and few able to improve.

The 21 lap race at Termas de Rio Hondo begins at 13:00 local time (GMT -3) on Sunday, with John ready to fight at the front once again.

John McPhee:
“I’m really happy with the weekend so far and to claim my first pole position of the year in what is actually the first official qualifying session this season. My pace has been strong from free practice one and I’m able to manage the tyres really well. I did my fastest lap with 10 lap old tyres so this gives me a lot of confidence going into what should be a really exciting race tomorrow. Really good job from all my team and HRC!”