John takes second superb podium of the season in Argentina 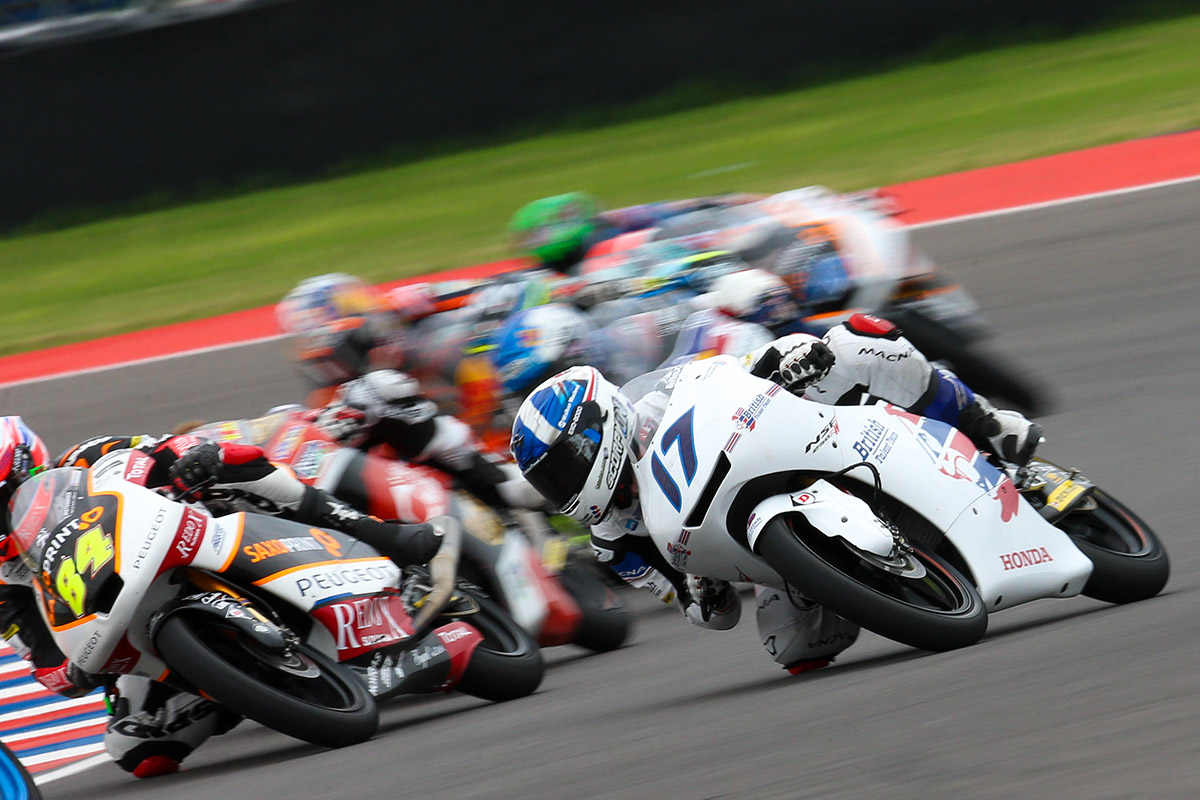 John McPhee has taken another incredible podium finish at Termas de Rio Hondo in Argentina, as the British Talent Team rider fought for the win from his impressive pole position set on Saturday. Launching a last lap attack on eventual winner Joan Mir, McPhee was just unable to make it through – but took another rostrum finish in P2, consolidating his early second position in the points standings.

Just losing the lead to Jorge Martin off the line, McPhee kept calm and carried on as he battled in the front group – escaping in the top group of five and staying in podium and victory contention throughout. On the final lap, the Scotsman was in second and able to close in on leader Mir – but couldn’t quite get through as it came down to the final complex of corners, on the final lap.

The incredible start to the year sees McPhee two for two on podiums – both second places – and the Championship top three remains the same following the replicated podium at Termas de Rio Hondo: McPhee in second with 40 points, just 10 off the top after the first two races of the season.

Next it’s time to saddle up for Texas and the Circuit of the Americas, as Moto3™ get ready for round three – with track action beginning in just under a fortnight.

John McPhee, P2:
“It was definitely an exciting race and well done to Joan because he rode a fantastic race the whole way through and set the pace – to be honest I wasn’t expecting the pace to be that fast all the way through, and he was the one doing the hard work. I knew I had the advantage on the brakes and I tried to line it up thinking maybe I could get a fast run in on him and do a block pass in the final turn, but he braked so late, I went in a bit too hot and both of us went a little bit wide – I was lucky to stay on and it’s good to get more points on the board. I’m a bit frustrated not to get the win but it’s a long season and we’ve got some really good points.”