John optimistic ahead of Grand Prix of The Americas 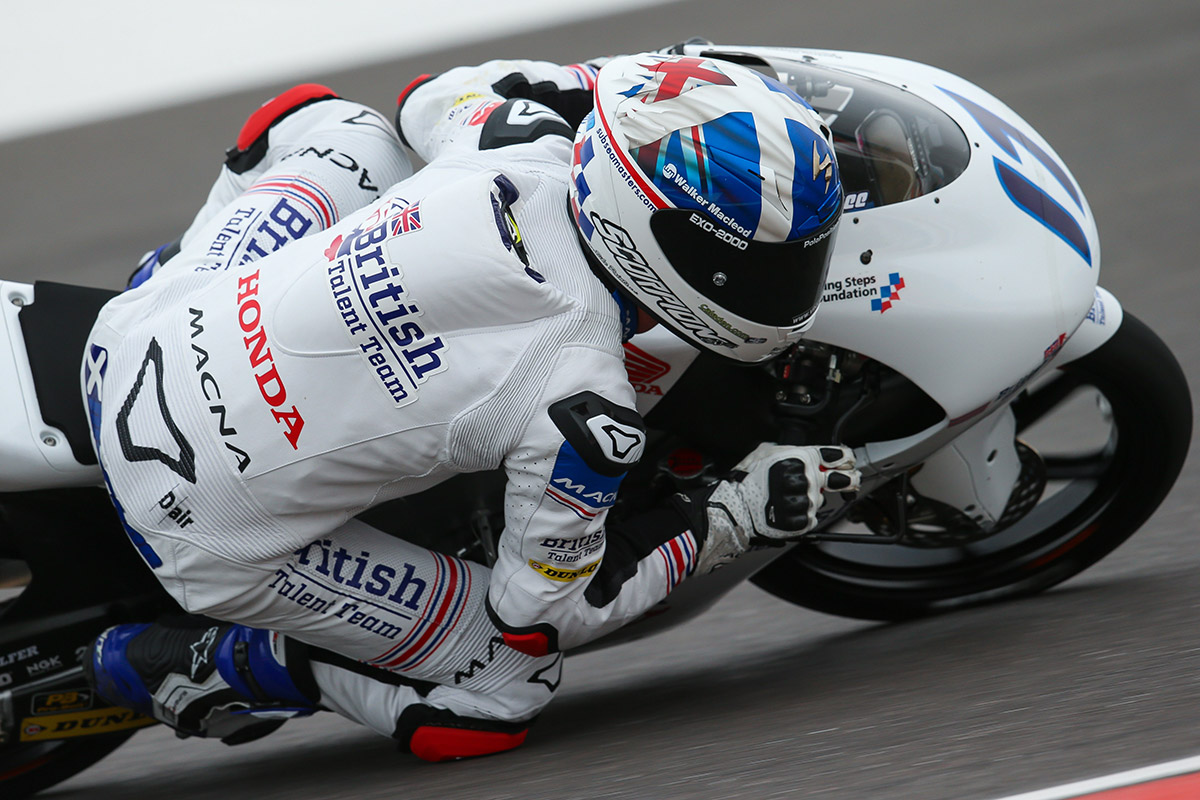 It was another stunner of a weekend in Argentina for the British Talent Team, as John McPhee took another P2 and kept the team’s 100% podium record rolling. With momentum now at fever pitch, there’s only one thing left to do – win. The next stop is the Red Bull Grand Prix of the Americas at the Circuit of the Americas: Austin, TX and the lone star state.

The Circuit of the Americas is a spectacular, purpose-built ribbon of asphalt outside the metropolitan city of Austin, and first hosted the MotoGP™ paddock in 2013. 20 technical and varied corners – 11 left-handers and nine right – make up the 5.5km long track, with a longest straight of 1200m and some spectacular elevation changes.

John is optimistic ahead of the event, with a solid record at COTA following a top ten in 2014 and a top six the season after. Now with two podiums out of two in 2017 and both having been battles for the win, the Scotsman is a man in form and a man on the charge – second in the Championship and only ten off the top.

John McPhee:
“After a solid start to the season I’m really looking forward to the Circuit of the Americas! I’ve come straight to America and have had a few days to relax with friends. Now I’m at Colin Edwards’ Texas Tornado boot camp and feeling fully re-charged for the weekend ahead – where I look forward to fighting for the win once again.”