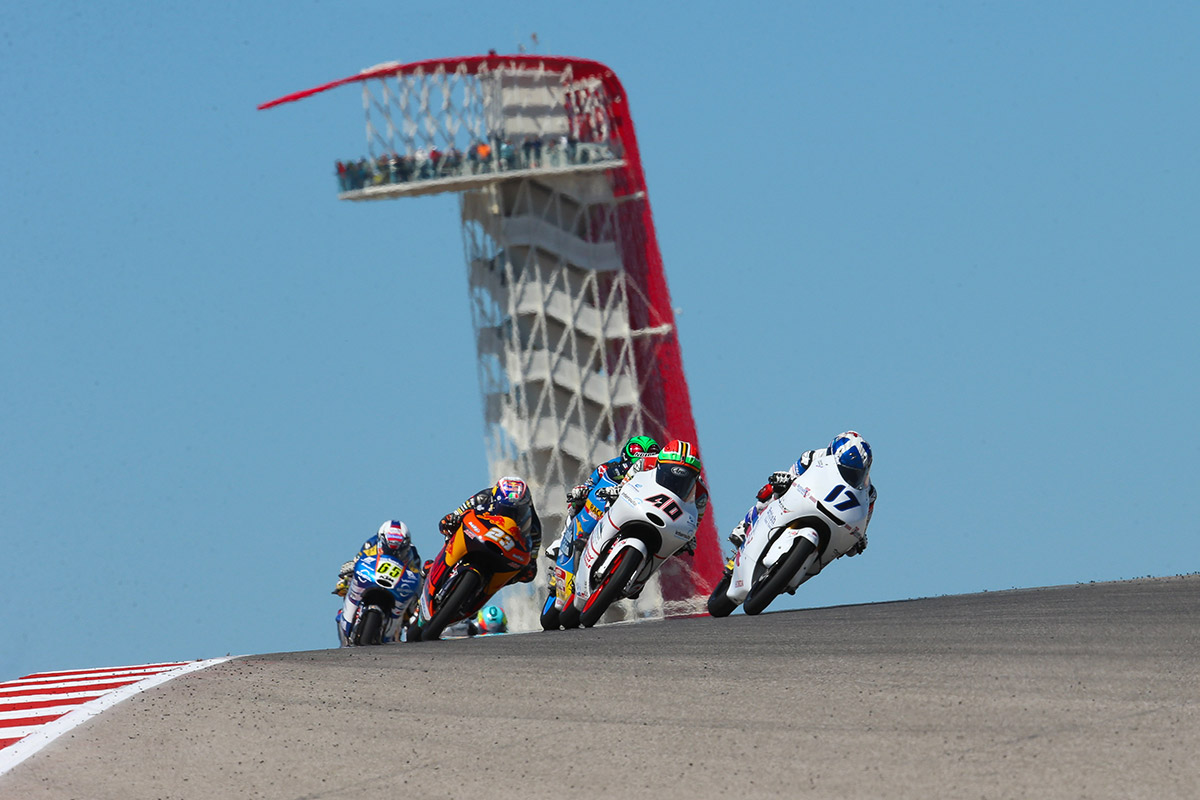 It was a more difficult race weekend third time out in 2017 for the British Talent Team, but John McPhee qualified in a solid ninth for the Red Bull Grand Prix of the Americas and moved forward in the race to finish up seventh – crucially cutting a point off the small gap to the top of the Championship.

Fighting throughout just behind the battle for the podium, the Scotsman was only just over a second off finishing on the rostrum for the third time in a row – beating Championship leader Joan Mir over the line by little more than a tenth to cut that crucial gap.

Now third in the standings after the third race, John will be back on familiar ground at the next round at the Circuito de Jerez in two weeks – having enjoyed good track time at the venue in testing and looking to move forward once again.

John McPhee, P7:
“It was a difficult weekend for me on a whole but to come away in 7th position and so close to the podium again, I think we can be reasonably happy. For whatever reason this circuit didn’t seem to suit our bike setup and I struggled over the weekend to find the pace I needed. Finally in the race I felt good on the bike and was able to fight. The most important thing this weekend was that I secured valuable championship points and closed the gap to Joan Mir. Now after three strong races I’m excited to get back to Europe and continue in this way.”