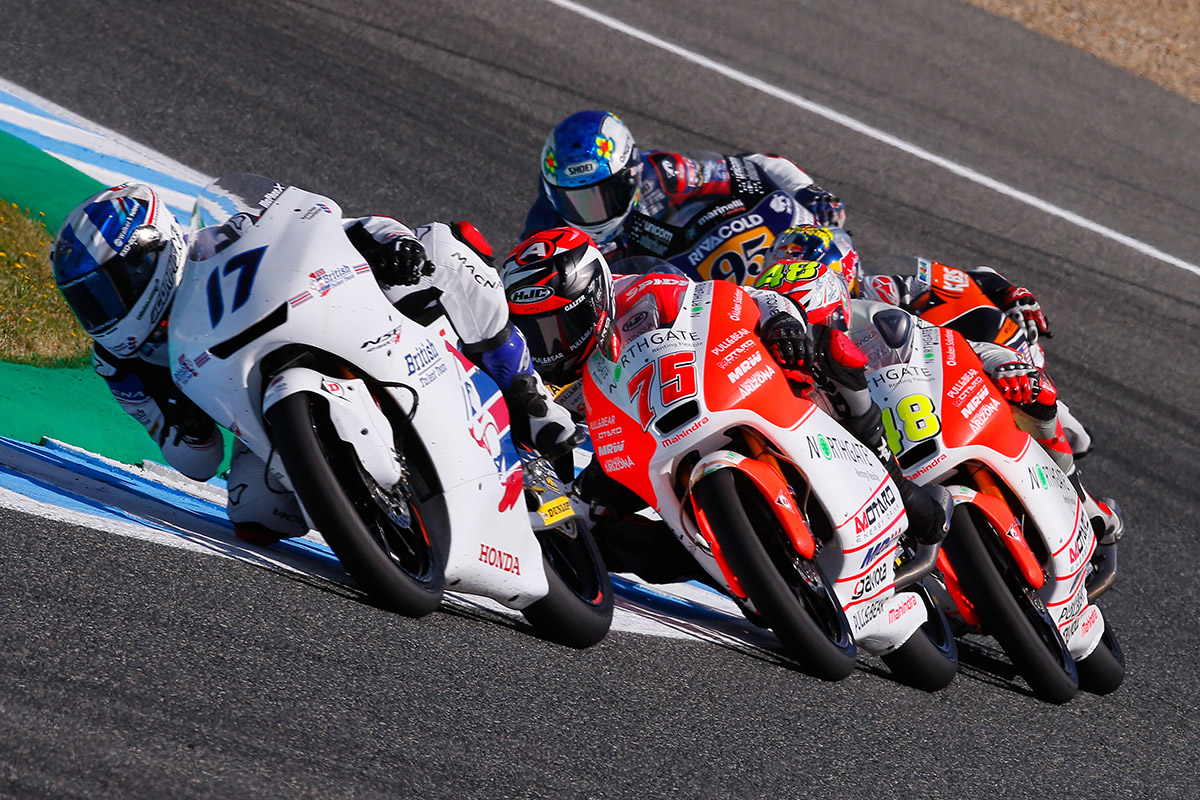 British Talent Team rider John McPhee had a troubled qualifying session for the Spanish GP, but the Scotsman shot up from a P25 starting position to fight his way past half the field and lead the second group.

Fighting hard with riders around him and on course for another points finish despite the tough Saturday, McPhee then suffered a lowside crash out of contention at Turn 1, retiring from the race soon after.

The Brit retains a position in the top echelons of the Championship, now in fourth, with the aim now cutting the gap and gaining a big points haul once again in Le Mans at the French GP.

John McPhee, DNF:
“A difficult weekend all round and definitely one to forget. I’ve had more or less good pace all weekend and that was backed up in the race only being 0.2 from the fastest lap. From a mixture of bad luck and a few mistakes I didn’t finish in the way we wanted. We will regroup from what we have learned and come back much stronger in Le Mans.”