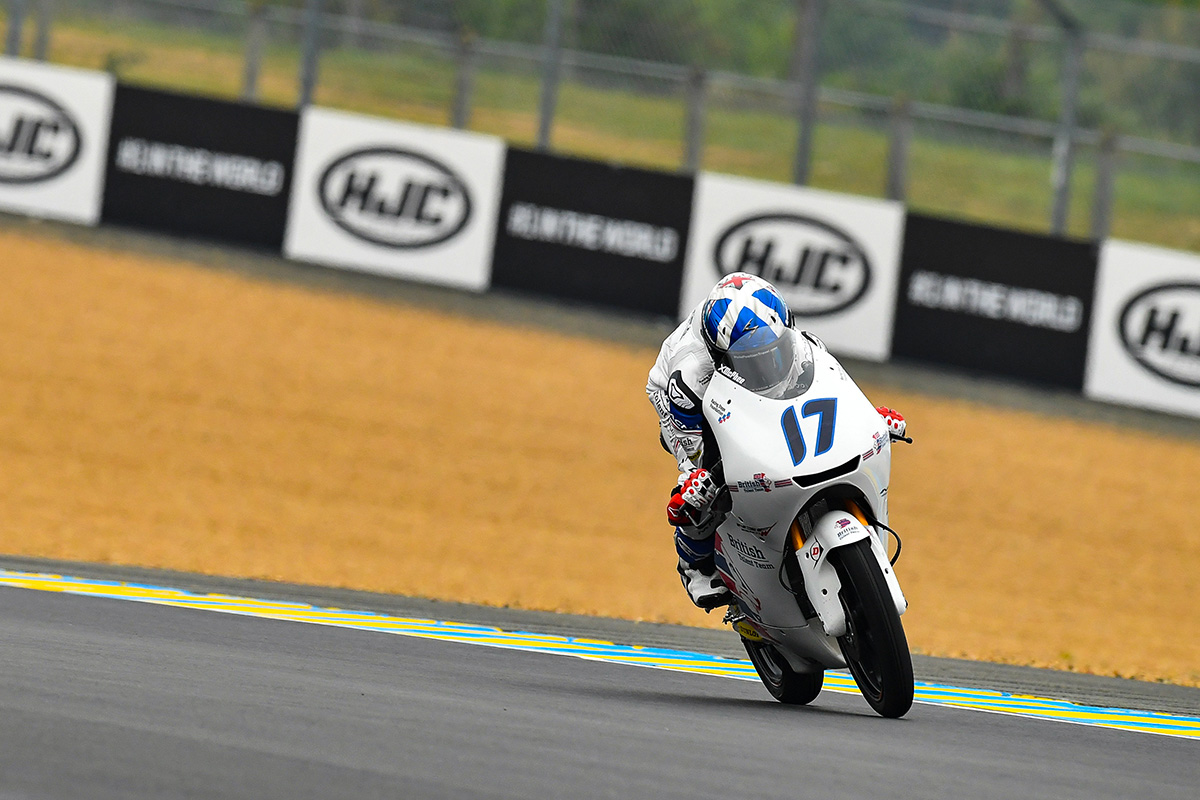 FP1 saw the best conditions of the day, with few improvers and the overall classification remaining largely unchanged once action ended. McPhee’s best lap in first practice kept him fourteenth on the timesheets on a 1:52.137, set on Lap 11 of 12.

The Brit suffered a low drama lowside in the morning and again in the afternoon in a more difficult FP2 that saw him in P24 with a small problem, but ends the day satisfied with his pace despite the challenging conditions.

Weather looks set to change tomorrow at the Bugatti circuit, with McPhee heading out to qualify at 12:35 local time (GMT +2).

John McPhee, P14:
“When I was on the bike I was fast! This is important but obviously not the way I wanted the weekend to start, with two crashes on Day 1. Thankfully there’s not much damage after both crashes. We had an issue in FP2 which held me back and unfortunately we didn’t get to the bottom of it yet, but it’s looking like track conditions will be much better tomorrow so that’s really when the weekend will officially start for us.”