John McPhee storms back into the points at Le Mans 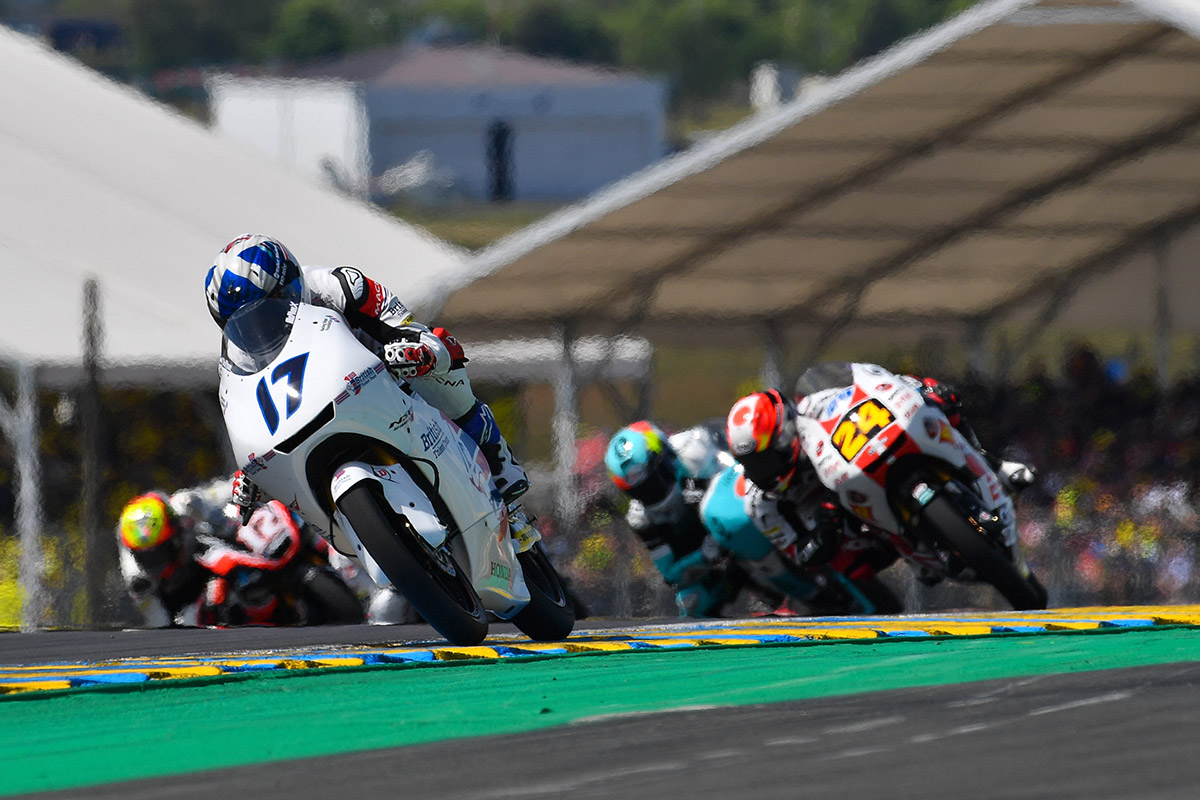 After early drama with a multi-rider incident in the original race start at Le Mans, Moto3™ at the French GP was then restarted with a shortened distance of 16 laps. British Talent Team rider John McPhee was lining up outside the top twenty, but made a storming start and had an impressive first few laps to leap up the timesheets.

After initial leader Romano Fenati crashed out of contention, the race behind Joan Mir was characterised by a quintessentially Moto3™ freight train – with McPhee up in that group and fighting hard to move forward.

Battling with those around him, McPhee then settled into the lead of an emerging second group, finally crossing the line in P12 for more valuable World Championship points after gaining more than ten positions despite the shorter 16 lap race distance.

After a test for the Moto2™ and Moto3™ fields at Le Mans on Monday, next McPhee takes on Mugello – with gains made in the standings as a number of key rivals failed to score in France.

John McPhee, P12:
“It was always going to be hard coming from 25th on the grid, and then with the race shortened it gave me less time to come through the pack. I decided to go with the hard rear tyre which maybe didn’t pay off with less laps on the restart, but overall I was happy with my pace and the step we made. I know if I’d qualified slightly closer to the front I would’ve been in the fight for the podium. I’m looking forward to our test tomorrow, it’s come right in time before a few back-to-back races.”