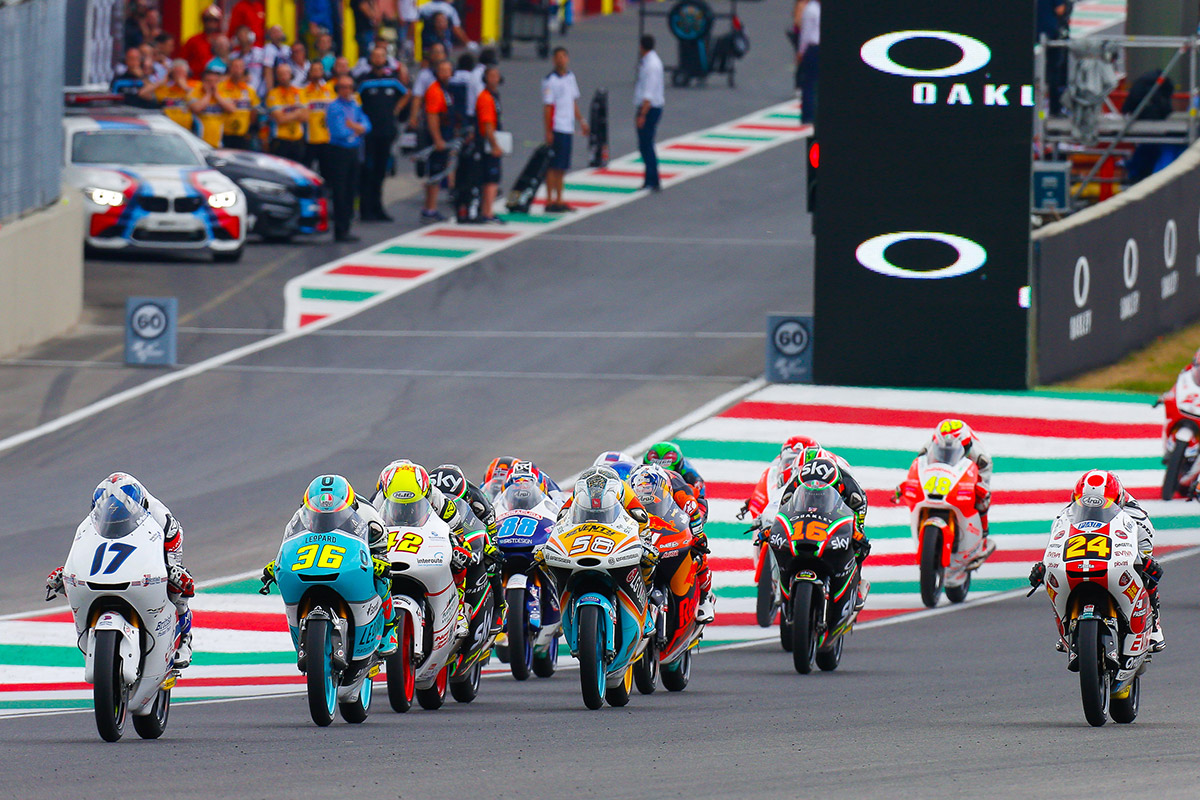 British Talent Team rider John McPhee has been on it all weekend at Mugello, and after starting from pole for the Gran Premio d’Italia Oakley the Scotsman kept calm in the huge front group of the Moto3™ race to take a solid P6.

With the timescreens almost inverted each time over the line, it was a group of more than twenty riders slipstreaming their way around the Autodromo del Mugello, and McPhee kept calm to pull some impressive moves and stay right up in contention.

The Scotsman’s sixth place was only four tenths off the win in the incredibly tight finish, with the British Talent Team back in the battle and ready for the Catalan GP next weekend.

John McPhee, P6:
“That has to be one of the most enjoyable races ever. Although the result wasn’t quite what I was aiming for, it could have easily gone both ways. I’m not really a believer in good or bad luck but to be in the correct position going into the last lap had a lot to do with luck today. The most important thing is that I finished in front of nearly all of my championship rivals and closed the gap to the front. I need to say a big thanks to my team for their hard work all weekend. It’s nice to be back at the sharp end!”