John hoping to fight for podium finish in Catalan GP 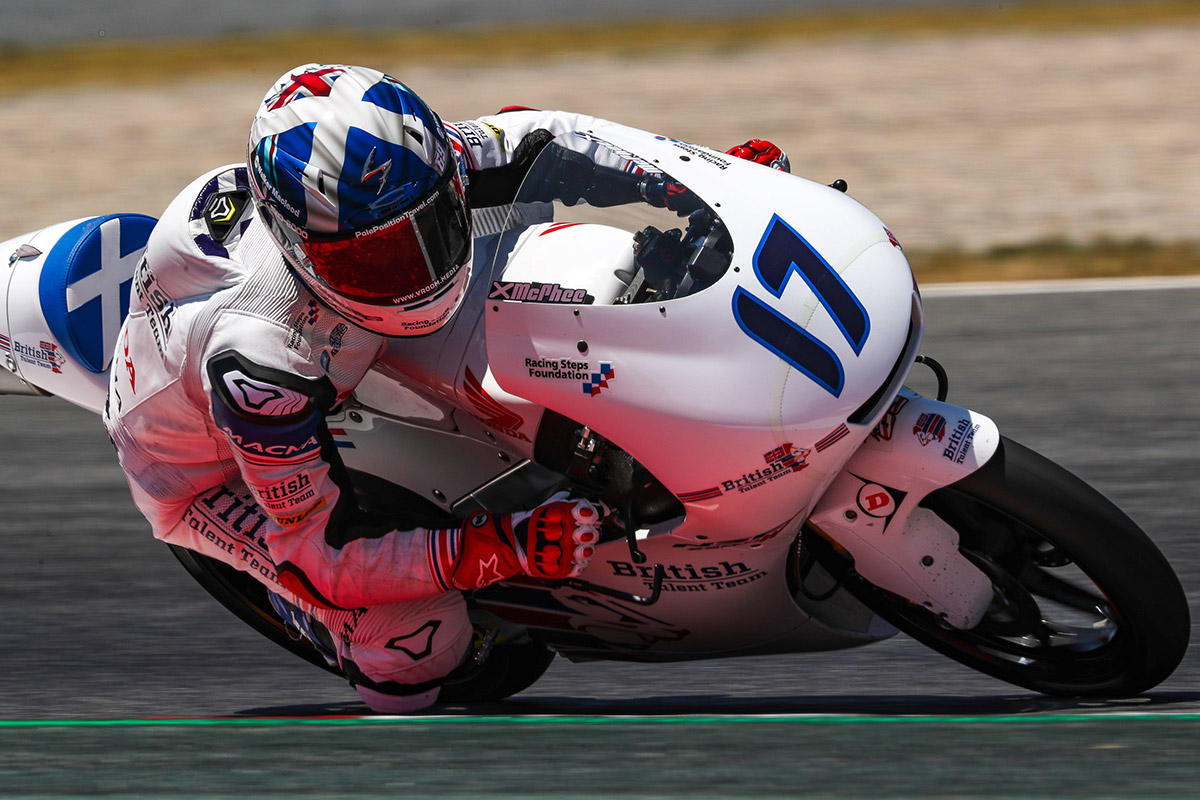 The British Talent Team had a tough Friday in terms of timesheets at the Catalan GP, but John McPhee was happy with his pace and remains so at the end of action on Saturday – with the target squarely set on the podium.

In FP3 the Scotsman flew up the timesheets into the top five was optimistic for qualifying before the temperature in the afternoon soared. Setting the nineteenth fastest time after not being able to pull it all together on the softer tyre, the BTT rider nevertheless remains steadfast about fighting for the podium if he can get a clean start.

With some penalties to be applied to his competitors, the Scot will also likely line up a little further forward.

John McPhee, P19:
“In FP3 we had a really good step forward, managed to get everything under control, went in the right direction and then obviously finished in the top five – which is where we need to be. I felt really confident going into qualifying but the big change in temperature made a difference to how the bike was feeling. We had the pace but when I did my fastest lap on the middle run we had a ten lap medium front on and a ten lap medium rear – so we thought ‘perfect ok, when we put the softs in we should be right there.’ But it was almost too hot for them to work and we were overusing the tyre. It was a bit unlucky not to put the laptime together but it’s not our true pace, and tomorrow in the race if we can get a clean start we should be right there. I think this layout is better to yesterday, and for safety reasons they’ve had to go with this one. But getting out of that last turn I’m quite strong so it’s not bad. I think if we can get a clean first few laps we can be fighting for podium positions.”