Points and progress for John McPhee in the Catalan GP 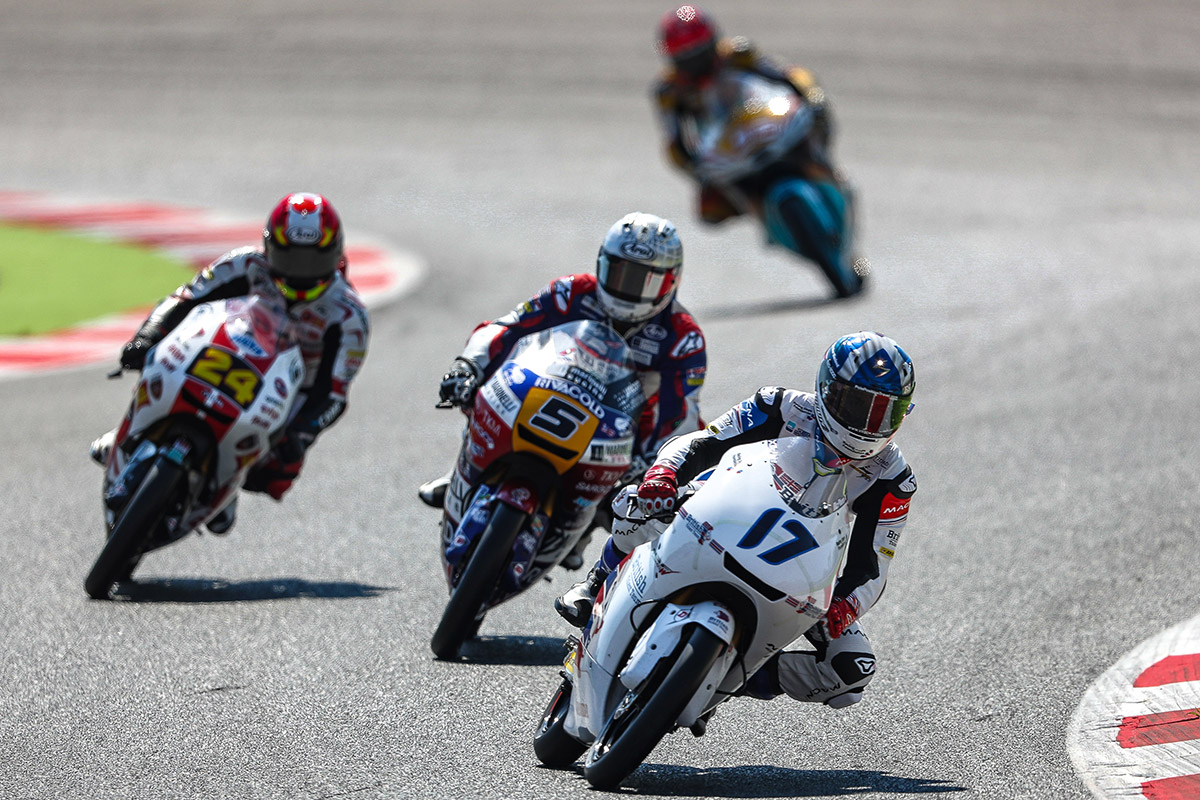 The British Talent Team had a mountain to climb after a tough qualifying session for the Gran Premi Monster Energy de Catalunya, but rider John McPhee was confident about his race pace and proved right. Although it wasn’t the full fairytale from outside the points to podium, the Scot put in an impressive ride to finish the race in P12.

McPhee made light work of the first lap to move up into twelfth – setting the scene for a battle to the finish – and was pushing to catch the front group before finding himself in a fight with those around him. Unable to break clear and then deciding to keep it on the road and take the points, the Scotsman crossed the line only five seconds off the victory.

Now the BTT can have a brief breather and regroup for the next back-to-back stint in two weeks as the TT Circuit Assen prefaces a trip to the Sachsenring in Germany.

John McPhee, P12:
“It was a good start and good first few laps, I did everything I needed to but then I got into a fight with a couple of other riders. I could get the laptime I needed to stay with the front group, but as soon as I got put off line or made a mistake, I didn’t have the pace to push past my limit to get back on the group. Normally you ride at 100% but if you need 105% you can chance your luck for a couple of laps…but I was riding the whole race chancing my luck and didn’t have anything else in the bag. We made a small change on the bike from Warm Up to the race to help corner entry, and it was the correct way but we almost went too much. We have a clear direction now and it was nice to find it although it was a bit late in the weekend. With three laps left I decided I had to take the points that were available. It’s never good to not attack right to the end but there looked like a lot of chance of crashing.”