Solid opening day at the Sachsenring for John McPhee 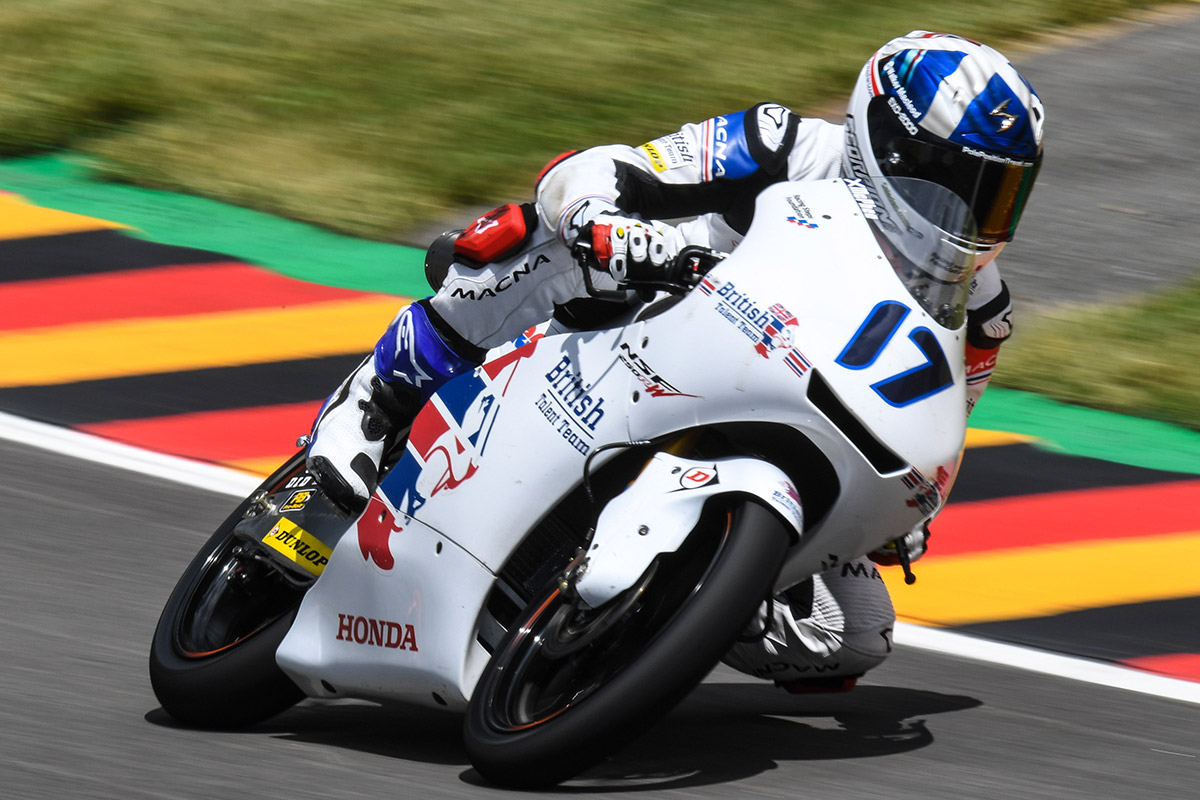 John McPhee heads home from the Sachsenring satisfied on Friday, as the Scot put together some good race pace in preparation for the German GP on Sunday. P16 on combined timesheets, McPhee had some impressive sector times and will look to pull it all together on Saturday for qualifying.

Following a stunning charge from P19 to the podium at Assen, McPhee proved his pace once again and was up on his final lap before the weather changed slightly at the Sachsenring. The Brit did 19 laps in FP1 and 21 laps in FP2 to go fifteenth in both sessions, but was P16 on combined times.

John McPhee, P16:
“I’m more or less in the same position now as I was a week ago in Assen – the position isn’t very good but the pace is good, and we were able to show it with lots of fast sectors. My ideal lap would put me P6. I was running round with Fenati, who finished P2, and we were more or less matching on speed – so we just need to put that lap together. The biggest difference this weekend is the tyres – knowing which tyres to use and when to use them is tricky. It’s the same for everyone but we have to try and structure that as best we can. But really for tomorrow I feel confident and looking forward to the weekend. The new surface has really good grip, but it felt a bit greasy in FP1. I did a long run today on the hard tyre and actually felt better as the laps went on.”