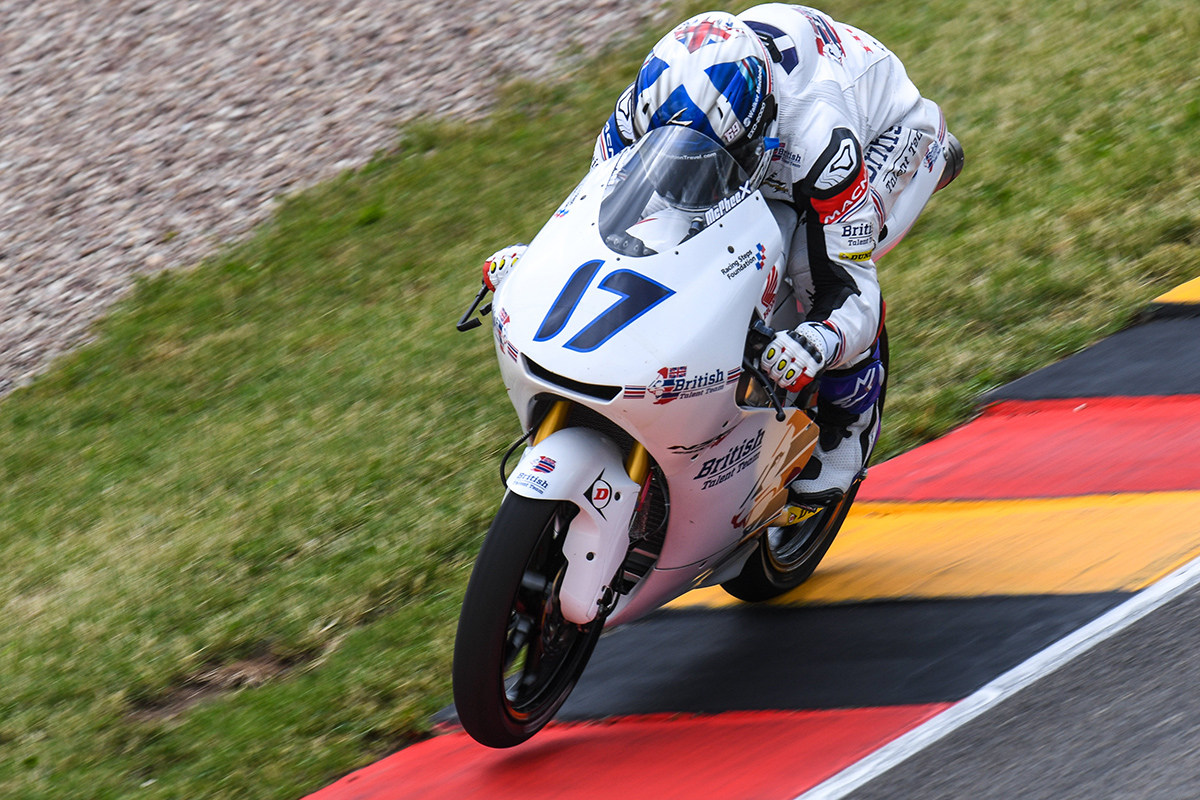 John McPhee made a last dash up the timesheets in Moto3™ qualifying for the GoPro Motorrad Grand Prix Deutschland, pushing on despite a late shower of rain in the session to move up from P19 to P10 – setting the stage for another podium showdown on Sunday.

McPhee went into qualifying looking to pull it all together in one lap, readying himself for a final push in the latter minutes and doing some extra work on race pace.

Then the rain came down, and it seemed improvements would be hard to find. After a brief break, however, there were a number of riders able to improve on their final laps as it dried out and McPhee was one of them – moving up into the top ten as the flag came out.

John McPhee, P10:
“I used FP3 to try and understand how the race tyre was going to feel towards the end of the race. My pace wasn’t great but I think I’m the only rider to do this many laps on the tyre which is good going into the race. Qualifying was one of those typical Moto3 sessions. I got a decent banker lap in at the beginning and then managed to improve my race tyre pace in the middle. In the end of the session it was nice to get a couple of dry laps as I really needed to improve my position. P10 is somewhere I can work from and fight to be in the front group from the first laps. I’m looking forward to a tight race tomorrow.”